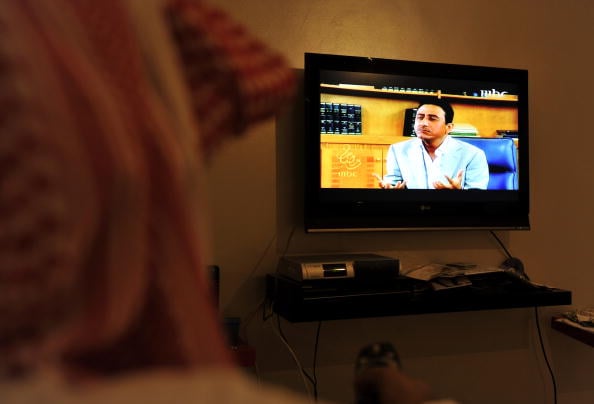 There is an old Chinese greeting, ‘may you live in interesting times’, which has generated longstanding debate as to whether it serves as a blessing or a curse.

I believe the line is an apt metaphor for the 21st century – particularly for the television industry.

The past few years have been a time of big changes and developments for the industry and, interestingly, the impact of most of those changes can only be understood in retrospect.

The trends indicated by those changes can sometimes be conflicting and contradictory, making any long-term forecasting difficult. These are truly interesting times; let’s try to make sense of them.

Linear TV viewing is set to drop worldwide for the first time in 2016, with online video consumption – which grew by 23 per cent in 2015 – forecast to expand by a further 20 per cent this year.

Today’s audiences do not think of their consumption of media in separate compartments like TV viewing, listening to music, internet surfing, movie watching and so on. Audiences increasingly see them as one simultaneous stream.

Consumers want this content immediately. Not only when made available by the content provider, not only on one platform and not broken down into episodes over weeks or months.

Traditional advertising is changing as a result

This macro social shift in media consumption is also changing how advertisers attempt to reach their consumers.

It was very easy to churn out an optimised media plan that used a combination of media to deliver, focusing on TV as the primary medium.

But now the clichéd model of the entire family clustered around a single TV during prime time is breaking apart. Viewers are increasingly moving to binge watching, on demand, catch up and multiscreen access. This disruptive effect is compounded by easy advert avoidance using the fast forward button on modern day set top boxes and devices.

So while the fundamentals of how to reach consumers via media targeting have not changed and TV remains the primary home entertainment device, this change in consumption is also changing the traditional mind-set of 30-second spots and programme sponsorships.

And TV rating companies all over the world have been very slow to develop new methods of audience measurement that incorporate all these major viewership shifts. For example, in the United States, Empire – Fox’s highest-rated TV show – drew an audience of 25 million for the premiere of its second season in September 2015. Only about 20 million of those viewers registered in the three-day Nielson ratings. The remaining five million were not reflected due to the fact they did not watch the show on traditional linear broadcast TV.

Nielsen is now developing a new methodology that will give the industry a show’s total audience on television and online including smartphones, for more than a month after it airs. But progress has been slow.

There is a lack of tools that accurately measure the total viewership of TV content across different screens. As a result, advertisers and media agencies are intuitively figuring out the changes and increasingly experimenting with creative ways of using media to reach that elusive consumer.

The average resident of any large city gets exposed to around 350 commercial messages every day but registers only 150. Few of these adverts make a strong enough impact to be recalled, make an impression and, ultimately, make a sale.

In a world that is becoming ever more cluttered with information and conflicting demands on one’s time, advertisers are realising that traditional passive ways of advertising are losing their effect.

The focus for advertisers is to build more participative engagement and a two-way communication with consumers. The trick is facilitating a dialogue that enables consumers to be closer to the brand and interpret the brand messaging in their own unique way. It is about getting your average consumers to be your brand ambassadors, making them believe that this is their brand and that they have the ability to influence or change it.

At one end this has led to increased investments in social media, while at the other it has also led brands to take more and more interest in physical experiences like concerts and sports events.

This trend is also making advertisers look at how to integrate their brand message within TV content. While advertiser-funded programming, brand integrations in storylines and the like are nothing new, the significant trend is that they are no longer quirky innovations. They are part of the marketing plans for mainstream brands. And these brands are putting serious marketing dollars towards using content creatively to seed out their messaging in a subconscious manner.

There has been a resurgence of pay TV and content windowing in the Middle East and North Africa region. Recent news about free-to-air channels not being able to sustain their cost structures in the light of low advertising, coupled with rapid developments in the regional pay TV space, point to the fact that premium content will increasingly have a first window on pay TV and only then will be available to FTA.

According to a recent industry report the MENA region currently has an average pay TV penetration of 20 per cent, which is estimated to grow to 25 per cent by 2021. The number of pay TV homes is estimated to double in this period to over 20 million. Pay TV revenues are expected to grow by over 80 per cent, crossing $5bn.

Pay channels may have smaller mass reach but they inherently deliver to affluent audiences with higher disposable incomes. This means that advertisers will also look at these channels more seriously and a greater amount of ad dollars will move away from FTA to pay channels in the years to come.

This will further hamper FTA channels’ ability to acquire premium content, which will further diminish their attractiveness and lead to an increased interest in pay content. It is a vicious cycle for FTA but a virtuous cycle for pay TV and over the next decade or so the MENA region will start looking more and more like the mature pay TV markets in Europe and the United States.

The falling price of oil, recessionary conditions in Russia, economic problems in China and Europe and instability within parts of the MENA region have led to either an actual drop in sales or at least pessimism among sectors like consumer goods, hospitality, real estate and retail.

As a result, advertisers will put greater pressure on broadcasters to justify their relevance to a marketing plan. This will also lead to increased competition among broadcasters in an attempt to retain their share of a smaller pie.

One can therefore expect a downward pressure on rates and increased value-adds given out by broadcasters, which is somewhat negative for the TV industry in the short term. But thankfully the negativity is expected to be a short-lived trend and the sentiment is sure to bounce back again in preparation for Expo 2020.

Sachin Gokhale is vice president and business head for the Middle East and Africa, and head of sales and marketing for APAC at Viacom18/IndiaCast