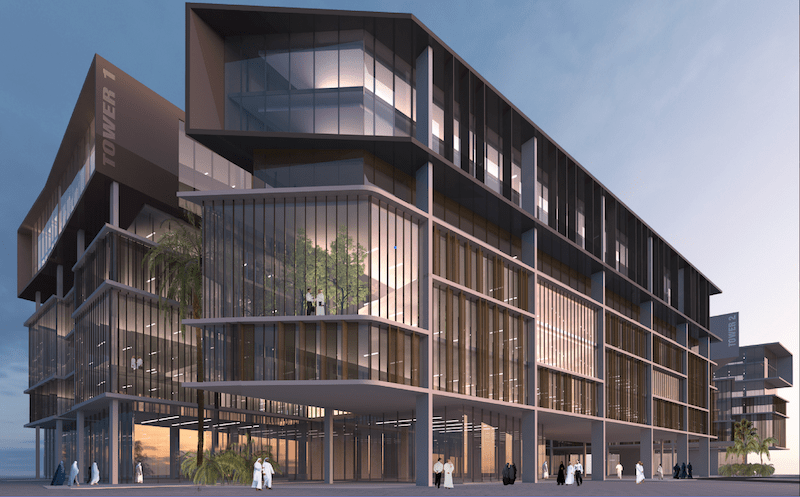 The UAE is a 48-year-old country that has made a remarkable leap in terms of its infrastructure, technology and, of course, its education system in under five decades.

For more than half that time, the University of Wollongong in Dubai (UOWD) has been present within the country skilling tens of thousands of students.

Established in Dubai in 1993, UOWD was not only the first Australian university in the UAE, but also its first international university.

Its parent institution, the University of Wollongong in Australia, is ranked among the top 2 per cent of universities in the world, and has branches in Hong Kong, Malaysia and Dubai.

The UAE division is located in Dubai Knowledge Park, where over 3,500 students from 108 nationalities are currently enrolled in various undergraduate and post-graduate programmes.

The institution is not only accredited by local UAE bodies, but also by Australian agencies, which opens up possibilities for its international students to have their degrees and qualifications fully recognised by Australia should they wish to potentially move to that country at some point.

All of the university’s courses are accredited by Australia’s independent national regulatory agency for higher education, Tertiary Education Quality and Standards Agency (TEQSA), as well as the UAE Ministry of Education’s Commission for Academic Accreditation (CAA), besides being licensed by the Dubai’s local education regulator, the Knowledge and Human Development Authority (KHDA).

An educational institution is only as good as the faculty present in it and at the UOWD, every single faculty member has, at the very least, a PhD degree in the subject matter that they are instructing students.

Its engineering programme was launched 12 years ago with current specialisations available in mechanical, civil, telecommunications, electrical and computer engineering, among others.

It will also involve students travelling to prominent luxury shopping and fashion capitals such as Milan, Geneva and Paris to participate in factory tours, as well as visit the headquarters of luxury brands, exhibitions and industry fairs.

Immersing students with an international perspective and expanding their horizons has been one of the focus areas within the university which is why the university has also has collaborated with Munich Business Academy for Master of Business (Innovation and Entrepreneurship). The partnership allows UOWD’s international business MBA students to participate in a boot-camp conducted by highly successful start-ups in Germany.

With the Covid-19 pandemic and the implementation of machine learning and AI systems into the workplace, the nature of jobs is set to drastically change over the next few decades.

A Future of Jobs Report from the World Economic Forum published two years ago said that although 75 million jobs would be replaced as artificial intelligence takes over workplaces, there would be 133 million new job opportunities created by way of the implementation of AI technologies for technical and innovations roles around the field.

UOWD is making sure that its students are skilled for these jobs that will be created in the near- to medium-term.

The university’s computer science and information technology departments have collaborated with engineering students on projects dealing with “suitable wearable systems”, with undergraduate and postgraduate students recently working together on a research programme on Blockchain technology too.

The university also has plans in the pipeline to introduce areas such as artificial intelligence and advanced computing for professionals to allow its students to be employable in the new world order over the next few decades.

The Dubai campus has created an alumni community of over 12,000 graduates over the last 27 years – Reema Omari the CEO of Dubai-based Universal Satcom who completed a master’s in Quality Management Systems from UOWD, is an example of prominent and local alumni member who has graduated from this university.

The university is set to open a new campus in later this year in Dubai Knowledge Park itself. The 1.9-hectare campus will comprise a range of classrooms that can accommodate up to 40 and 80 students, a state-of-the-art auditorium, a recruitment lounge and an exhibition space too.

With laboratories dedicated to disciplines like robotics, cybersecurity, networking and gaming, there’s plenty of reasons to believe that graduates of the university are being tooled for jobs of the future.

For further information on the University of Wollongong in Dubai, click here. You can also contact UOWD’s admissions office on [email protected]