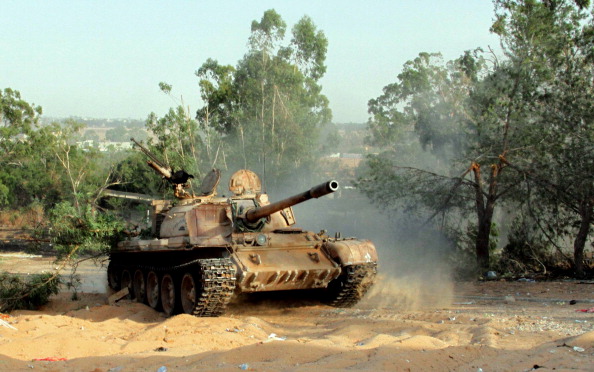 Unidentified war planes flew over the Libyan capital Tripoli early on Monday and explosions could be heard, residents said.

A Libyan TV channel said planes targeted positions in Tripoli where militias have been fighting for control for over one month. None of the militias is believed to own war planes.

Tripoli residents said they could hear several explosions but said the cause was unclear. The city was quiet afterwards.

Militias from the city of Misrata and fighters allied to the western town of Zintan on Sunday again traded gunfire in parts of Tripoli, part of growing chaos in the oil producing nation three years after the ousting of Muammar Gaddafi.

Three years since Gaddafi’s rule ended, Libya’s fragile efforts towards democracy are close to chaos. A month of fighting in Tripoli and Benghazi has further polarised the political factions and their militia allies.

Libya’s weak government has no functioning national army and almost no control over Tripoli, with most officials working from Tobruk in the far-east where the new parliament has set-up to escape the violence.

Most of the fighting has raged over the international airport in Tripoli, which fighters from Zintan have controlled since sweeping into the capital during the 2011 war.

The militia battles have forced the United Nations and Western governments to evacuate diplomats, fearing Libya is sliding into civil war.

On Sunday, the U.N. Mission in Libya said in a statement that it “deeply regrets that there was no response to the repeated international appeals and its own efforts for an immediate ceasefire.”

The new U.N. special envoy Bernardino Leon, who is due to start his job officially on Sept. 1, said he was aiming to end fighting and might travel to Tripoli as early as this week.