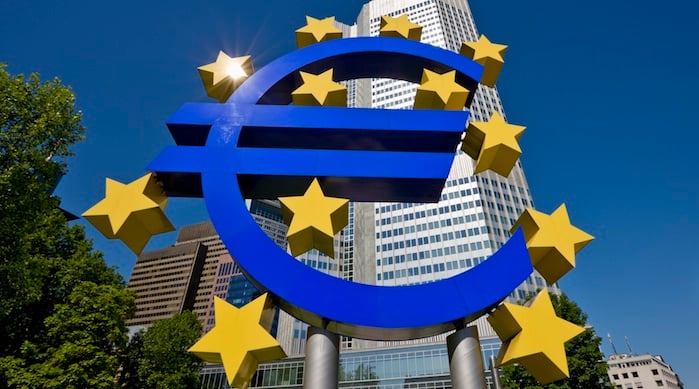 Eurozone industrial production contracted unexpectedly in June, hurting hopes for a stronger recovery as the region feels the effect of conflict in Ukraine, Iraq and and Gaza.

Factory output fell 0.3 per cent on the month in June after a 1.1 per cent drop in May, data showed on Wednesday, compared with market expectations of a 0.3 per cent rise.

Production was flat compared with a year ago, after rising an upwardly revised 0.6 per cent rise in May. Economists polled by Reuters had forecast a 0.1 per cent annual increase in June. The annual reading was the lowest since August 2013.

“This is a very disappointing figure after the already strong contraction in May,” said Peter Vanden Houte, chief eurozone economist at ING.

The monthly drop was caused mainly by a 1.9 per cent drop in production of non-durable consumer goods, down for a second consecutive month, and a 0.7 per cent decline in energy production, which was up in the previous three months.

A recovery by the 9.6 trillion-euro economy is struggling to gain momentum a year after exiting a recession. High unemployment, sluggish reforms and the fallout from conflict in Ukraine, Gaza and Iraq are holding it back.

The latest sign of just how fragile the eurozone’s economic rebound remains came from Germany on Tuesday, where investor sentiment dove to its lowest since December 2012 on concern about the impact European sanctions against Russia will have.

Eurostat will publish a flash estimate of second-quarter economic growth on Thursday. Economists had expected expansion of 0.2 per cent on the quarter in the three months to June, the same pace as seen in the first quarter.

“A growth figure of 0.2 per cent now seems to be out of reach,” Vanden Houte said. “With the geopolitical tensions not cooling down for the time being, there is little likelihood that the growth pace will accelerate in the second half of the year.”

While the bloc’s three largest economies saw production rising on the month in June, Germany’s industrial output fell 0.4 per cent year-on-year in June in the country’s first annual drop since July 2013.

The region’s second-largest economy, France, saw flat output on the year in June, its best performance since December.

Italy’s industrial production rose by 0.4 per cent in June after a 1.7 per cent decline in May. But much stronger expansion is needed to create jobs and rejuvenate struggling economies.

Poor economic health will get the attention of the European Central Bank. It is already expected to keep interest rates near their record lows for an extended period, to nurse the economy
along, but large-scale quantitative easing is not looked for yet.