UN Yemen Envoy To Step Down, May Be Replaced By Mauritanian -Source - Gulf Business 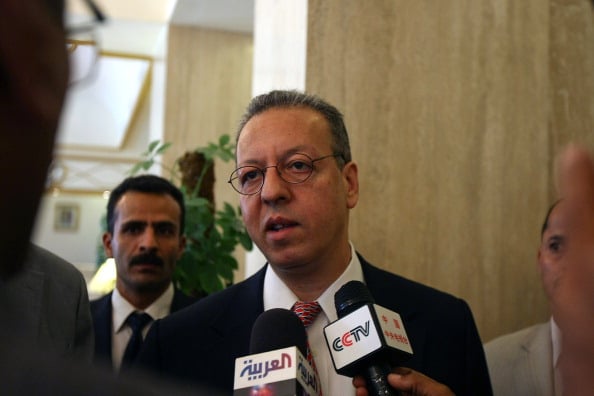 U.N. special adviser to Yemen Jamal Benomar plans to step down from his job and U.N. chief Ban Ki-moon is considering appointing a Mauritanian diplomat to the post as the civil war escalates, a U.N. diplomatic source said on Wednesday.

Benomar, a veteran Moroccan diplomat, had recently irked Saudi Arabia and other Gulf nations for his handling of so far unsuccessful peace talks between Iranian-allied Houthi rebels in Yemen and the Western and Gulf Arab-backed Yemeni government, Western U.N. diplomats said on condition of anonymity.

The Gulf countries, which have been involved in Saudi-led air strikes against Houthi positions in Yemen for three weeks, felt that Benomar was being too accommodating towards the Shi’ite Houthis, the Western diplomats said.

Benomar did not respond immediately to a request for comment.

A spokesman for Ban said later on Wednesday that Benomar had “expressed an interest in moving on to another assignment”.

“A successor shall be named in due course. Until that time and beyond, the United Nations will continue to spare no efforts to re-launch the peace process in order to get the political transition back on track,” the spokesman said in a statement.

It was not clear when Mauritanian diplomat Ismail Ould Cheikh Ahmed could take over the post. The U.N. diplomatic source said the appointment had not been confirmed yet and could still be changed.

A Western diplomat said Ould Cheikh Ahmed was “in the mix” as a candidate, adding that a final decision had not been made. Several diplomats said it had been known for months Benomar wanted to leave the Yemen post.

In January last year Ould Cheikh Ahmed was appointed deputy U.N. special envoy for Libya and then in December was charged with heading the United Nations Ebola response mission, UNMEER.

Ould Cheikh Ahmed has almost three decades of development and aid experience with the United Nations. More recently, he was U.N. resident humanitarian and development coordinator in Syria between 2008 and 2012, and in Yemen from 2012 to 2014.

UNMEER did not have an immediate response to a request for comment from Ould Cheikh Ahmed on the possibility that he may take up the Yemen post.

Western diplomats have repeatedly voiced support for Benomar’s peace efforts in Yemen, although they privately acknowledged that Gulf Arab irritation with Benomar has been growing in recent weeks.

Saudi Arabia launched air attacks in Yemen last month as Houthi rebels, who had taken control of the capital Sanaa in September, closed in on the port city of Aden and forced Yemeni President Abd-Rabbu Mansour Hadi to flee to Riyadh.

The Houthis and army units loyal to former president Ali Abdullah Saleh have been fighting alongside each other on several fronts against militia forces loyal to Hadi.