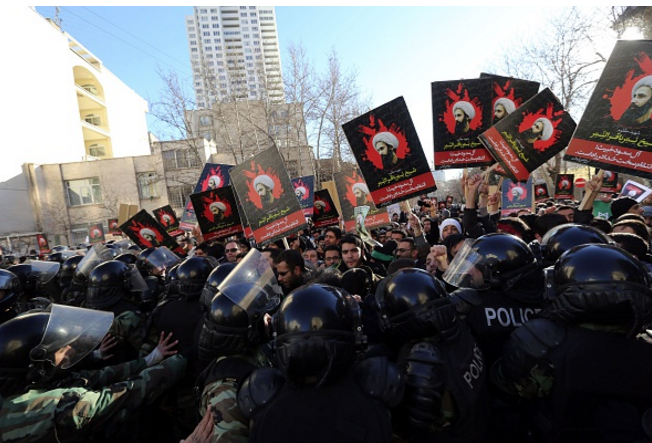 The United Nations Security Council has condemned the attacks on the diplomatic missions of Saudi Arabia in Iran as tensions over the Saudi execution of a Shia cleric continue to escalate across the region.

In a statement last night, the UN council demanded that Iran “protect diplomatic and consular facilities and their personnel with the full respect of international obligations in this regard”.

Saudi’s embassy in Tehran and consulate in Mashhad were attacked by Iranian protesters on Saturday after Saudi executed prominent Shia cleric Nimr Al Nimr and 46 others for terrorism offences.

The kingdom retaliated by cutting off all diplomatic ties with Iran and also cancelled air travel and commercial relations between the two nations.

Several Gulf states have rallied with Saudi – Bahrain also severed diplomatic ties with Iran and halted air travel to and from the country. The United Arab Emirates and Kuwait recalled their ambassadors from the country.

The United States has also condemned the attacks on the Saudi embassy.

US ministry of foreign affairs spokesman John Kirby said in a statement that the “US urges the Iranian government to fully respect its international obligations to protect the headquarters of diplomatic missions”.

The UN confirmed that secretary general Ban Ki Moon has phoned the foreign ministers of Saudi Arabia and Iran to urge both countries to “avoid actions that could further exacerbate tensions after the recent Saudi executions, the attack on the Saudi embassy in Iran, and the rupture in diplomatic ties”.