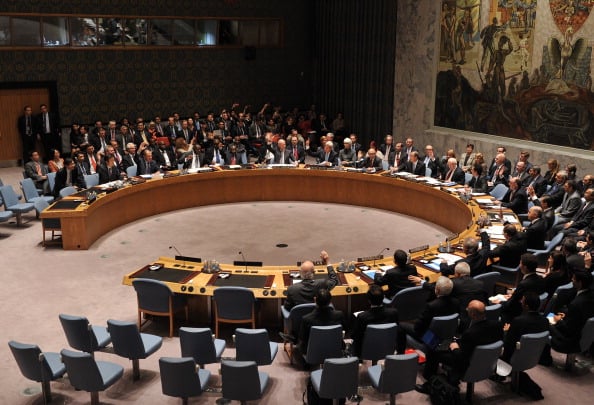 Saudi-led coalition should stop targeting Yemen’s Sanaa airport, the United Nations said on Monday, as it prepared a plan to set up an air-bridge to bring humanitarian workers into the country from Djibouti and deliver aid around Yemen.

“Coalition airstrikes have targeted the runways of Sanaa international airport over the past week, rendering them inoperable,” the U.N. Humanitarian Coordinator for Yemen, Johannes Van Der Klaauw, said in a statement. “No flights can take off or land while the runways are being repaired.

“I strongly urge the coalition to stop targeting Sanaa international airport and to preserve this important lifeline – and all other airports and seaports – so that humanitarians can reach all those affected by the armed conflict in Yemen.”

Fighting around Yemen has killed more than 1,000 people, including an estimated 551 civilians since the bombings started, the United Nations said on April 24. Its children’s agency UNICEF said at least 115 children were among the dead.

Houthi fighters have seized control of large parts of Yemen. The coalition, including nine Arab states provided with logistical support by the United States, France and Britain, seeks to restore the government of President Abd-Rabbu Mansour Hadi, now in exile in Riyadh.

Two aid agencies, the International Committee of the Red Cross and Médécins Sans Frontières, said they were extremely concerned about damage to the airports at Sanaa and the port city of Hodeidah, lifelines that have been severed.

“The harsh restrictions on importations imposed by the Coalition for the past six weeks, added to the extreme fuel shortages, have made the daily lives of Yemenis unbearable, and their suffering immense”, said Cedric Schweizer who heads a team of 250 ICRC staff in Yemen.

The U.N. World Food Programme, which handles logistics for U.N. humanitarian agencies, said it planned to set up an air passenger service to bring humanitarian workers in for the next three months and to deliver aid supplies within Yemen for the rest of the year.

It also plans to set up an emergency telecommunications service for coordinating humanitarian aid and to charter a ship to ferry supplies between Djibouti and Hodeidah.

A shortage of fuel has crippled hospitals and food supplies in the past few weeks, and WFP said its monthly fuel needs had leapt 25-fold from 40,000 litres a month to 1 million litres.