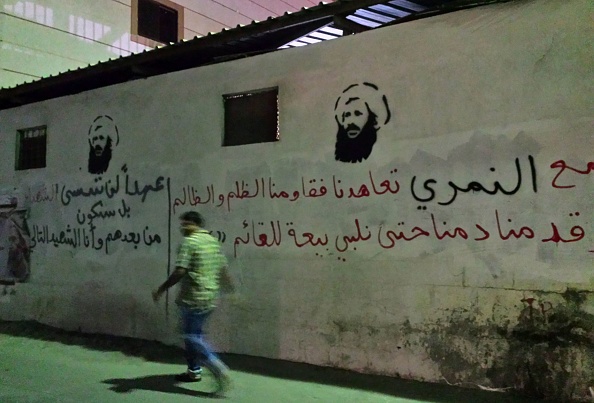 Saudi Arabia has said that the redevelopment of old Awamiya, known as al-Musawara, was part of a plan to modernise the area and to deny armed outlaws a sanctuary they had used to attack security forces.

Awamiya, in eastern Saudi Arabia, has long been a flashpoint between the Sunni-led government and Shi’ites complaining of discrimination.

Tensions increased since Nimr al-Nimr, a prominent Shi’ite cleric convicted of inciting violence, was executed a year ago.

The Special Rapporteur in the field of cultural rights, Karima Bennounce, said authorities had moved ahead with razing al-Musawara despite repeated pleas by the United Nations to halt the work.

“These destructions erase the traces of this historic and lived cultural heritage and are clear violations of Saudi Arabia’s obligations under international human rights law,” Bennoure said, according to the statement issued by the office of the High Commissioner for Human Rights.

She accused Saudi security forces of “irreparably burning down” historic buildings – some more than 400-years-old – and forcing residents to flee their homes.

Two people were killed during clashes on May 10 between security forces and armed men who were trying to block bulldozers from destroying al-Musawara.

Saudi authorities have blamed militants for the deaths, while residents said security forces fired at them.

The UN Special Rapporteur on the right to adequate housing, Leilani Farha, also warned that the action “constitutes a forced eviction under international human rights law”.

Authorities say the narrow streets of al-Musawara, which dates back more than 200 years, have become a hideout for Shi’ite Muslim militants believed to be behind attacks on security forces in the majority-Shi’ite oil-producing region.

The government accuses the militants of mounting a wave of attacks on security forces and a campaign of intimidation against local Shi’ites who are close to the government.

Saudi media have reported attacks on local officials, and the kidnapping of a Shi’ite judge last December.

In January, the Arabic-language newspaper Okaz reported that the governor of Qatif province had estimated compensation payments for 488 houses to be demolished inside the old town would amount to SAR764m ($204m).

Residents say many inhabitants have refused to accept compensation, demanding instead that authorities help renovate crumbling structures rather that destroy them.