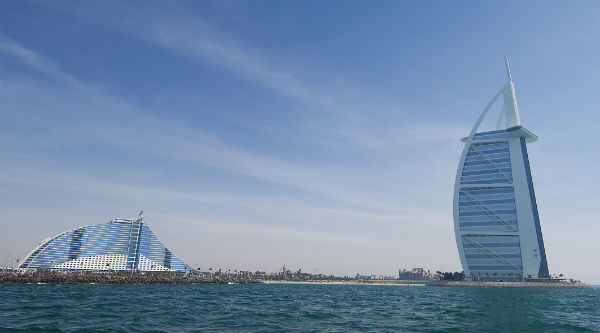 The Umm Suqiem neighbourhood has been voted the happiest place to live in Dubai, according to a survey by a local online property portal.

The district, which hugs the Jumeirah coastline, came top of the list beating the Dubai Marina and The Springs which came second and third respectively.

The poll by propertyfinder.ae quizzed 300,000 residents in Dubai on where they lived and how happy they were.

Despite its popularity with its residents, Umm Suqiem boasts a number of tourist attractions including Wild Wadi, Jumeirah Beach Hotel and the Burj Al Arab.

Renan Bourdeau, managing director at propertyfinder.ae,said: “What is interesting about our happiness survey is that it has thrown up quite a few surprises – as much in the places that did not rate in the top spots as those that did.

“The kind of trends we are uncovering should shed light on what property hunters really want and will prove useful the industry as a whole.”

Dubai Marina came second in the poll, thanks to its large array of hotel and restaurants, making it a popular area for expatriates.

The Springs secured the third spot, the suburban community boasting a quiet setting and comprehensive amenities for the many families that live there.