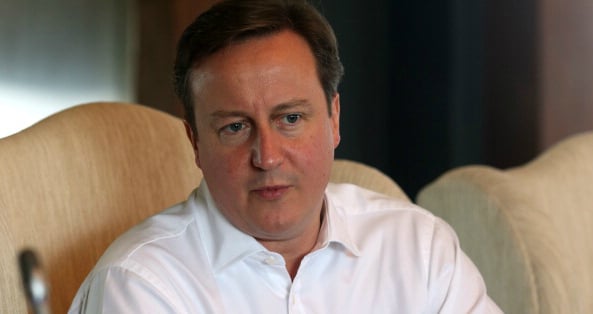 The PM noted, “Dubai is a cosmopolitan city, in which all languages are spoken, and that hence it is qualified in all tourist, logistic, social, geographic and service aspects to host Expo 2020.”

In an op-ed written late last month and circulated to media outlets, Cameron praised Dubai and emphasised that it is the perfect venue to host the mega event.

“On November 27, delegates from around the world will meet to decide the venue for Expo 2020. I believe they should choose Dubai,” he wrote.

“Dubai is a great business capital and its success rightly inspires people to see the potential of the region and to believe they can change their own countries for the better with vision, conviction and hard work,” he added.

During his meeting with Sheikh Mohammed, Cameron also discussed international and regional conflicts and issues of mutual interest, reported WAM.

As part of his current visit, the British PM also toured Dubai World Central, the new venue of the Dubai Airshow, ahead of the event’s start on Sunday.

He is expected to urge Gulf Arab countries to buy the Eurofighter jet system during his trip, even as the UAE is expected to sign a $9 million deal with BAE Systems, sources told Reuters.