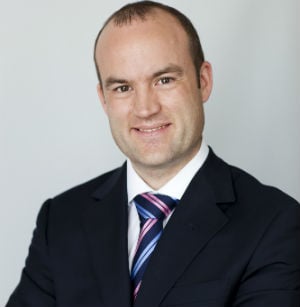 The UK has recently introduced some major changes to the way that it assesses whether you are a resident or not. For the majority this will have absolutely no impact, but for a significant minority, it could have major consequences.

As often happens in these circumstances, rather than simplify the situation it has arguably made it more complicated. Here’s an Acuma overview of the changes to try to give an indication of what the new rules are aiming to achieve.

Previously the rules were based upon the number of days that you were a resident in the UK during a particular tax year and assuming you did not go over this amount of time, you would be classed as a non-resident for tax purposes.

Her Majesty’s Revenue & Customs (HMRC) realised that these rules could be manipulated so that you could still spend a significant amount of time in the UK and avoid paying income tax.

The first sign that they were not happy with the existing rules was when they adjusted them so that days of travel were included in the allowance for resident days. Previously they were exempt, so if you arrived at 6am and then left at 11pm the next day, technically you were never in the country.

This, along with a number of high profile cases, led to new legislation being drafted which is due to receive Royal Assent this July, and effectively has already been in force since April 2013.

The new Statutory Residence Test is divided into two main sections. The first section is the automatic or conclusive test.

With this test you can assess whether you are automatically a resident or a non-resident. Most expatriates will fall into this section, and it is defined by some clear statements, such as:

You will automatically be a resident if:

These are the automatic tests and are hopefully reasonably clear. Where it starts to get slightly more complicated is with the second tier of tests, called the Sufficient Ties Test.

These are a series of tests that are applied if neither of the automatic tests determine your residency status.

The first part of the test is to work out whether you are an ‘arriver’ or a ‘leaver’. To be an arriver, you must have been a non-resident for the previous three tax years, while a leaver is someone who has been a resident in one or more of the previous three tax years. You must then review the number of ties that you have with the UK. These ties are:

• Family tie – defined as spouse/civil partner or a child under the age of 18 who are resident in the UK.
• Accommodation tie – you have accessible accommodation available to you for at least 91 days and you spend at least one night there in the tax year.
• Work tie – you do not work full time in the UK, but perform more than 40 days work in the UK. It should be noted that a day is counted as a work day if you work for three hours or more on any one day.
• 90 day tie – you have spent more than 90 days in the UK in either of the previous two tax years.
• Country tie (applicable to leavers only) – you have spent more days in the UK than in any other single country in the tax year.

Once you have established how many of these ties are applicable to you, will determine how many days you can stay in the UK before you are treated as a resident. The range is from as many as 182 days down to as few as 16 days in a tax year.

As you can see, there are many factors that are involved and the rules are designed to catch more people than ever.

It should be noted that once you are classed as a UK resident your worldwide income is liable to income tax, so it can be a much bigger issue than simply what is earned in the UK.

As stated at the beginning of this article, the majority of expatriates will not be affected by these rules, but a significant proportion could be.