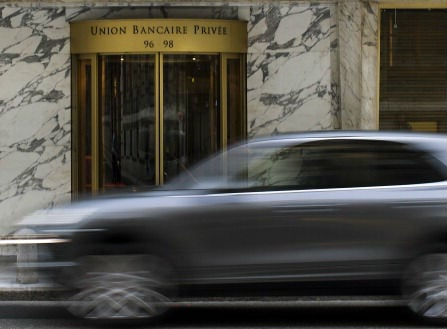 Privately-owned Geneva-based UBP has struck several deals in the past two years to rebuild an asset base which almost halved through the financial crisis from its peak of 135 billion Swiss francs ($138 billion) in 2007.

The deal will lift UBP’s assets under management – some 83 billion francs at the end of April – by more than 10 billion francs, the bank said.

Lloyds, 39 percent-owned by British taxpayers and under pressure from lawmakers and regulators to slim down and focus on lending to British households and businesses, said the sale fitted its strategy to simplify its business.

The business has assets under management worth 7.2 billion pounds, employs 500 staff and has branches in Geneva, Zurich, Monaco and Gibraltar. The bank’s private banking operations in Britain were not included in the sale.

Lloyds said it would receive 100 million pounds for the business, comprising 65 million initially followed by a further 35 million, depending on performance in the next two years.

Lloyds also said on Wednesday that it would close its business in Dubai and intended to withdraw from South Africa.

“The acquisition adds more assets in Zurich and Geneva, and allows us to open a booking centre in Monaco, which is a growing centre for tax compliant money, family offices and very high net worth individuals and families,” UBP Chief Executive Guy de Picciotto told Reuters.

The purchase comes at a time when Switzerland’s private banks sweat over the effects of potential deals between Switzerland and governments in the United States and Europe to root out untaxed money from Swiss banks.

“It is true everyone is waiting to see what happens, but meantime there are clients to be served,” said de Picciotto.

“We saw a nice client book and good managers, so for us it was a no-brainer,” he added.

“Switzerland is a stable country with a solid currency and no debt, so it is still attracting tax-compliant money.”

Lloyds has been looking to sell assets to boost capital and last week raised 450 million pounds from the sale of a 15 percent stake in wealth manager St. James Place.

Lloyds was rescued by a 20.5 billion pound government bailout in the 2008 financial crisis. After a prolonged slump, shares in the bank recently hit a price that would allow the government to break even on its investment.