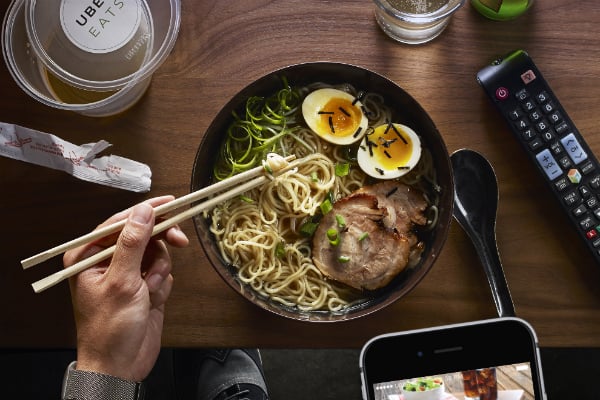 Transport firm Uber’s food delivery app UberEATS is eyeing is next location for expansion in the Middle East after launching in Dubai last September.

Speaking to Gulf Business the head of UberEATS in Europe, the Middle East and Africa, Jambu Palaniappan, said the company had doubled the number of restaurants on the platform in Dubai over the last two months to total more than 500.

“There is a clear massive opportunity across the region both in terms of large cities and some cities that don’t have robust delivery options,” he said.

“Exactly what cities and when is something we’re thinking through now but it’s clear that the opportunity in the Middle East really merits investment going forward from our side.”

Palaniappan declined to say where UberEATS, which marks Dubai as its only Middle East location, would go next but he said there had been demand from restaurants and app users in Saudi, Egypt and Morocco.

UberEATs launched in Dubai several months behind rival service Deliveroo, which made its own debut in 2015. It has also had to compete with online platforms like Talabat.com, which lists 1,500 restaurants, and many outlets that employ their own delivery drivers.

But Palaniappan, who was previously Uber’s Middle East general manager, said the company had been able to gain a share of the market through brand recognition, its promise of 30-minute delivery and local appetite for delivered food.

A report released earlier this year by advisory firm KPMG revealed three in four people order takeaway food in the UAE once a week, with other figures from Talabat revealing nearly one in 10 customers order more than once a day.

The UberEATS regional head declined to reveal the company’s goal for its first year of operation in Dubai but said it was “ambitious” following recent expansion to other parts of the city including Emirates Hills.

“We’ll continue to do that throughout the rest of Dubai and that will also be an opportunity for local restaurants to join the platform,” he said.