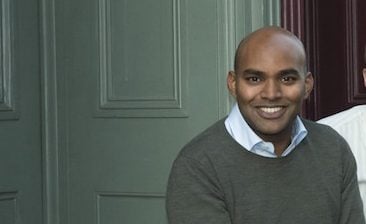 Palaniappan spent nearly six years at Uber, most recently leading the expansion of Uber Eats in Europe, the Middle East and Africa, according to his LinkedIn page, and recently joined the board of Just Eat Plc.

After an intense few years at the Silicon Valley startup, Palaniappan said he moved to London and began mentoring startups as he decided what to do next.

The Ontario Municipal Employees Retirement System expanded its venture capital operations into Europe this year, setting up a 300m euro ($332m) fund for early stage European technology companies. It’s part of a global expansion strategy for the Toronto-based pension giant and the firm opened a Silicon Valley office earlier in the year.

“This isn’t about making rich people richer. This is about helping to build a retirement plan and provide access to venture returns to a larger group of people,” Palaniappan said in an interview.

OMERS Ventures was started in 2011 in response to a dearth of startup funding in Canada following the last recession. It’s known for being among the first to invest in a resurgent wave of Canadian tech startups, including Shopify Inc., Hootsuite Inc. and Hopper Inc. The fund has invested more than 76m euros in Europe so far in companies including WeFox, Resi, FirstVet, and Quorso.

OMERS’s European fund is led by Harry Briggs, who was previously a principal at Balderton Capital and founding partner at BGF Ventures. It also hired Turo Inc. co-founder and former LocalGlobe partner Tara Reeves this year.