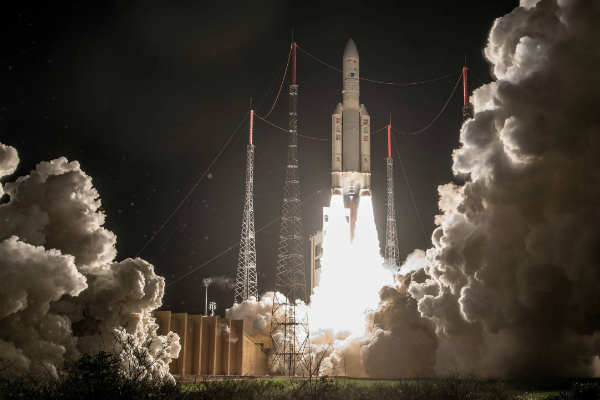 UAE-based satellite operator Yahsat on Friday confirmed the launch of its third satellite, Al Yah 3, despite some complications.

The $350m satellite was launched on an Ariane 5 rocket by Arianespace at 10:20pm UTC on January 25 from Kourou in French Guiana.

Yahsat, which is fully-owned by Abu Dhabi state investment fund Mubadala, said there were some challenges during the launch that resulted in the Al Yah 3 being inserted into a different orbit than the flight plan.

It said the satellite was “healthy and operating nominally”. A revised flight plan will be used to bring the satellite to operational orbit and achieve its original mission.

“We are pleased to know that the satellite is healthy, and that the necessary steps are being taken to ensure the original mission is fulfilled. I would like to thank our technology partner Orbital ATK and the Yahsat team in ensuring the Al Yah 3 objectives are met,” said Yahsat CEO Masood M. Sharif Mahmood.

Mahmood said in November 2016 that the company’s investment in its third satellite was around $350m.

The satellite was the first hybrid electric propulsion GEOStar-3™ satellite completed by Orbital ATK, according to the announcement.

The new satellite is intended to expand the company’s Ka-band coverage across Africa and expand its reach to Latin America. It will expand Yahsat’s coverage to 19 new African markets and 60 per cent of the continent’s population and 95 per cent of Brazil.

Like its predecessors, Al Yah 1 and Al Yah 2, it will provide high-speed satellite broadband.

It was unclear if the complications would affect plans for the satellite to deliver commercial services later this year.

Yahsat plans to have a total of seven satellites in operation by 2020 by launching a further four together.