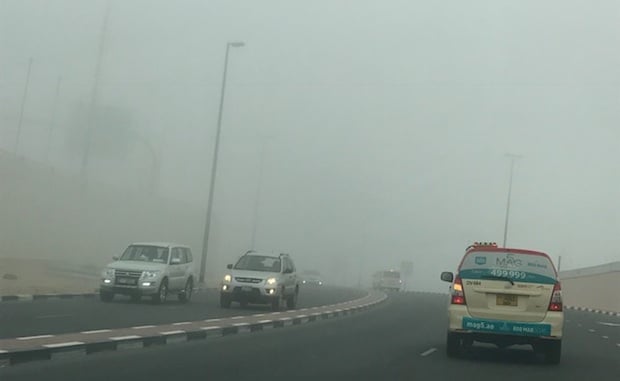 The UAE’s National Centre of Meteorology (NCM) has cautioned motorists to be careful when driving on the roads due to the low visibility caused by fog in various areas of the country.

In its daily bulletin, NCM said that the relative humidity is likely to increase during night and early morning over scattered areas, with a chance of fog/mist formation, especially over middle and western areas.

It said weather will be fair in general and partly cloudy at times over some eastern areas by afternoon.

Light to moderate winds can be expected, which may freshen at times during noon over some exposed areas.

Temperatures will range from 16.1 degrees celsius (recorded in the town of Damtha) to 39 degrees in internal areas.

The seas will be slight to moderate in the Arabian Gulf and Oman Sea.

The NCM also said that the weather is likely to remain similar on Monday and Tuesday.