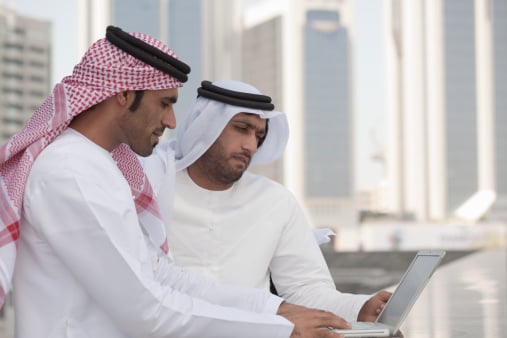 The UAE’s Telecommunications Regulatory Authority (TRA) announced that the number of registrations on .ae, the national domain, has risen over the last six months to reach 121, 320.

The Gulf country ranks first in the region for the number of registrations on its national domain, indicating an increase in online Arabic content, the regulator said in a statement.

The surge in registrations has also been accompanied by a similar rise in demand for registration on the .emirate domain, the statement added.

“This significant increment in the number of registrations on the national domain .ae is an indication to the quality of this service, and its amplified importance in helping registered companies reach out to a wider targeted community, according to the nature of business,” said Mohamed Nasser Al Ghanim, director general of TRA.

“We are confident that the demand rates for registration with the national domains will maintain gaining more momentum, due to its capacity to meet the users’ needs, and its role to keep Intellectual Property Rights.

“We also look into this subject from another angle. We relate this to conserving our identity through the Arabic language, by enhancing its presence on the web as well as its position on a global level,” he said.

The usage of domain names in the UAE is subject to terms and regulations set down by .aeDA, the regulatory body and registry operator formed to manage the national domain.

Recently, the TRA also released a report about the market share of registrants in the country in an effort to encourage businesses to shift to the national domain.

“The .com space is currently saturated and by using .ae businesses will be afforded with a larger choice of potential names for their website,” said Mohammad Al Zarooni, acting executive director, policies and programmes, TRA.

“It also allows customers to be immediately aware of the location. With more businesses registering with the .ae domain name, the UAE is creating a stronger presence online.”

He added that the TRA has worked to streamline the registration process for the national domain to encourage its use among businesses.