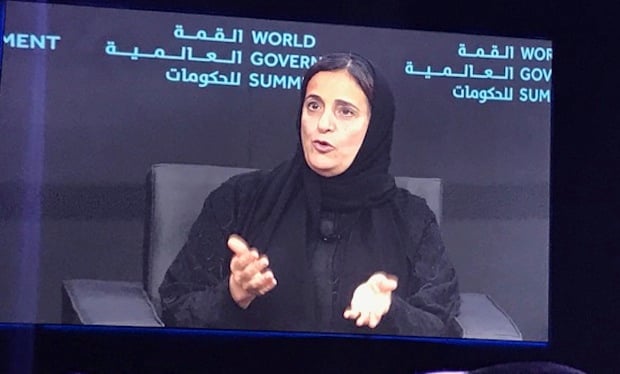 Speaking at the World Government Summit in Dubai, Sheikh Lubna said the move, which aimed to prevent nationals from seven Muslim-majority countries from entering the US, created animosity in the country.

“While the intent of the move was to address terrorism, maybe the message that it sent out was not really the right one,” she said.

The rise in populist ideologies worldwide is due to a number of reasons, she opined.

“With globalisation, the rich have been getting richer and the poor, poorer, creating an increasing wealth divide. This has created negative sentiments.

“But the reduction in the number of jobs is also due to the rising technological changes.”

In such an environment, it is essential for governments and institutions to stand for tolerance and avoid creating differences based on religion, she stressed.

“In every religion, the key values of love for God and love for humanity are emphasised. Hence it is crucial that we approach religion not by text but by values,” she said.

In the UAE – which has 120 churches, the government has driven the message by creating a ministry for tolerance.

All the sermons given at mosques in the country also send out a unified “positive” message, Sheikha Lubna stated.

“Islam has been hijacked [by radicals] and the UAE has taken a courageous stand to bring it back to the grassroots. We walk the talk here. It’s the attitude that matters,” she added.