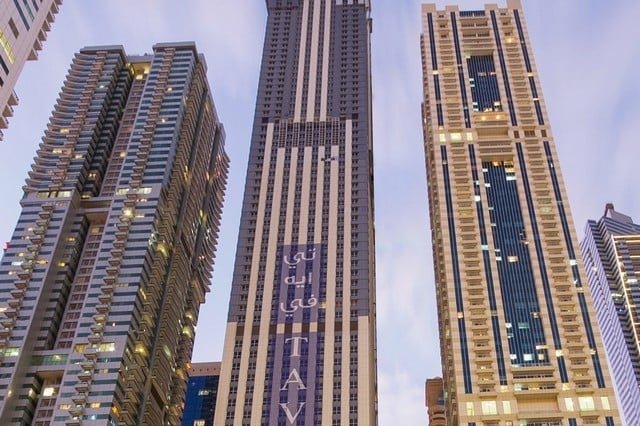 The UAE’s second tallest tower, Marina 101 in Dubai, is up to 80 per cent complete, its developer Sheffield Holdings has confirmed.

When ready, Marina 101 will house a total of 420 hotel and hotel apartments, 60 three bedroom residential units, eight duplexes and a five-star hotel.

It will also have health clubs and swimming pools on different levels, along with other leisure facilities.

The expected handover of the hotel is slated to be in early 2015, the company said in a statement.

Following the approvals and the certification of its completion, handover of the hotel apartments and residential units will begin accordingly, it added.

Mohammad Jeilani, project manager and engineer, said: “Visually, the tower will be a very distinctive mix-use tower in the midst of Marina. We have completed a large part of the construction, with merely a few elements left. Construction is well underway, with no delays to speak of.”

Mock-ups of the hotel apartments and residential units are ready for viewing by investors and interested end users, the company said.

“Investment in projects near completion has proven that a fast ROI will occur by handover,” said Abuali Malik Shroff, chairman of Sheffield Holdings Limited. “We believe that it is an opportunity for investors to seize at this stage of construction and take advantage of this market practice model.”