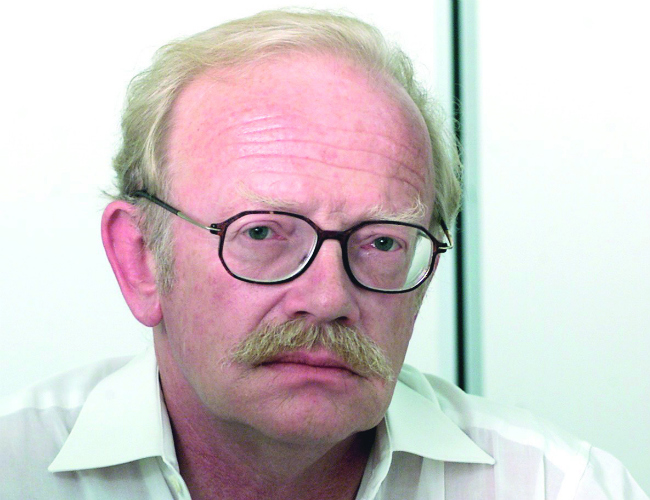 With 2018 marking the 100th anniversary of the birth of the founding father of the United Arab Emirates – the late Sheikh Zayed bin Sultan Al Nahyan – it has been designated the ‘Year of Zayed’. A programme of events and activities is already under way which will continue until December.

There is much to note and to celebrate, of course. The modern society in which we live today – citizens and expatriates alike – would not have developed had it not been for his vision and determination.

The physical evidence of development – the infrastructure, housing, ports, airports and more – is only part of the story. The focus on the empowerment of women, the emphasis on the importance of education, the way in which a philosophy of religious and cultural tolerance is a fundamental part of the UAE way of life – all of these, too, were initiated and inspired by the late Sheikh Zayed.

Looking back over the years, it is becoming increasingly difficult to remember, or to imagine, the state of the country when, in 1966, he became Ruler of Abu Dhabi and when, in 1971, he brought together the seven emirates.

It’s all the more important therefore – before memories fade – to try to ensure that today’s generation is made aware of his inspirational leadership and of his many, many achievements.

It is, perhaps, appropriate that February 2018 has also been declared as the UAE’s first Innovation Month because one aspect of Sheikh Zayed’s record as the country’s leader that often gets overlooked is the way in which he introduced innovations. These covered the nature of government, the structure of settlement, the sources of income, the opportunities for UAE citizens and residents, and much more. These all brought about a real, but peaceful, revolution in Emirati society.

Indeed, speaking in Abu Dhabi last month, Ahmed Al Sayegh – chairman of one of the capital’s most innovative institutions, the Abu Dhabi Global Market – went as far as to say that: “Today, the word ‘disruption’ is mainstream, and we hear it used across all industries and sectors. And the late Sheikh Zayed himself led this ‘disruptive’ trend because he himself was disruptive when he established the union, and came from Al Ain to break the barriers and expand the frontiers of the economy.”

The ‘disruption’ initiated by Sheikh Zayed was, of course, a gentle process, pushed forward in a determined manner yet with consultation, discussion and consent. In that lay his success.

With hindsight, it can appear that the process was almost inexorable, almost inevitable. A deeper examination, however, makes it clear that he recognised, confronted and overcame numerous challenges along the way.

Some examples of this can be drawn from the world of business and the economy, in particular from the oil and gas industry.

He recognised early on, for example, that the wealth from oil was not never-ending. There was a need to put money aside – and, from early beginnings in 1976, the institution he created to hold surplus revenues, the Abu Dhabi Investment Authority, ADIA, has grown to become one of the world’s largest sovereign funds.

In the 1970s, there was a trend in many of the major oil-producing countries to nationalise the foreign oil companies that had, until that time, dominated the world market. Sheikh Zayed recognised that there were substantial benefits to be gained from opting instead for partnerships, allowing the foreign companies to keep a significant stake in the industry. As a result, Abu Dhabi’s oil industry, unlike those of a number of other OPEC member states, has always been able to benefit from the latest technological advances – in horizontal and directional drilling, for example.

At the same time, the UAE’s own oil and gas engineers have enjoyed access to training and experience that, over the years, has equipped them to manage in this fast-developing environment.
That, in turn, has fuelled the growth of the UAE’s own downstream and oil service industries, promoting job creation and the gradual expansion of an increasingly sophisticated industrial sector of the national economy.

From that came diversification of the economy into other areas, away from dependence on oil and gas, which now represents only around a third of gross national product, a remarkably low level for a country that is not just a major producer of hydrocarbons but also has a small population. While the UAE is not insulated from the ups-and-downs of the global economy in an interconnected world, it is far more able to cope with them than many other oil-producing states.

Wealth, Sheikh Zayed noted, was of little long-term value unless it was used in the service of the people. From that came not just the funds for the building of the physical infrastructure but also the focus on and investment in education, equipping the people of the UAE for a future in which they would be responsible for the continuation of progress.

It can be seen clearly today that the wisdom with which he used the country’s resources has played over the years a key role in providing for the UAE and its people. Not just in terms of prosperity, but also with a stability that few other states in the region enjoy.

There is much to remember in this ‘Year of Zayed’ about the country’s founder and the physical signs of his legacy are, of course, present for all to see. In recognising the enormous extent of the changes over which he presided, it is perhaps worth recalling that he had an enormously disruptive effect on the country. He went to great lengths to preserve essential elements of its culture, its heritage and its past but, at the same time, brought about irrevocable change in the land and among its people.

In the wake of Innovation Month, it is no exaggeration to remember the founding father as Zayed the Innovator – the man who led the seven disparate and undeveloped emirates that now form the UAE safely into what is a very different, and fast-changing, world.