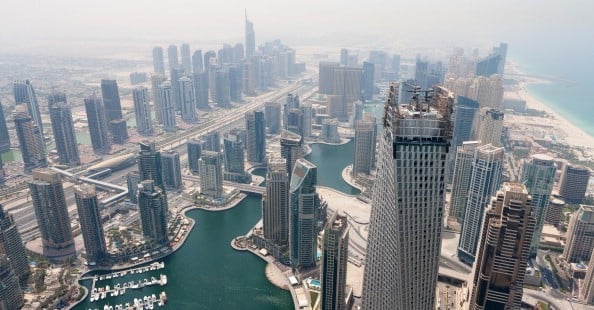 The UAE central bank recently issued a circular instructing commercial banks in the country to restrict mortgage loans to foreigners at 50 per cent of the property’s value, Reuters reported earlier this week.

While the central bank has not yet confirmed the ruling, the report said that the move was probably aimed at ensuring that the UAE real estate does not develop another property bubble as it did in 2008/2009.

But experts say the new rule could have a negative impact on the property market.

“I would presume that central bank has taken this initiative in order to pre-empt another surge in the bank’s non-performing levels, which in some cases peaked at 20 per cent of bank’s overall loan books and also to weed out speculators from the market,” said Jonathan Fothergill, director of valuations at Cluttons.

“In this respect, I think the general rationale of this instrument is a good and positive step helping to lead to a more sustainable market.

“However, I think it is also inevitable that the initiative will likely impact negatively on the market for end users just as this is finding its feet once more. Not many expatriates in the country can claim to be in a ready position to put down 50 per cent of a Dhs2.5 million property,” he said.

Dubai’s property market, which was the worst hit in the UAE during the financial crisis in 2008/2009, began to finally stabilise in 2012.

Average rents for one, two and three bedroom apartments in Dubai fell 54 per cent between Q4 2008 and Q4 2011, but are now rebounding amidst renewed confidence in the Dubai market, CBRE said in a report published in December 2012.

Lease rates have risen by an average of 17 per cent over the past year , with some established locations witnessing even higher growth, the report said.
Matthew Green, head of research & consultancy UAE, CBRE Middle East said: “Dubai is seeing higher rental growth this year due to a sustained period of population growth, positive economic performance, increased occupier demand, and limited availability of quality units in the most desirable locations.

“Over the last 12 months we have also witnessed an appreciation of sale rates, which have averaged 13 per cent in these areas. Sale rates in the Greens and Downtown Dubai developments have appreciated at notably higher rates, reflecting over 20 per cent year-on-year.”

“I think that the cap will certainly weed out speculators and flippers but at the same time will also deter genuine end users,” he said.

However he added that the there might be more modifications to the new ruling in the near future.

“The sudden and immediate arrival of this new central bank rule has caught many involved in the real estate sector by surprise, but I would be surprised if this is the final word on the matter and await to see how this issue plays out over the coming weeks,” he said.