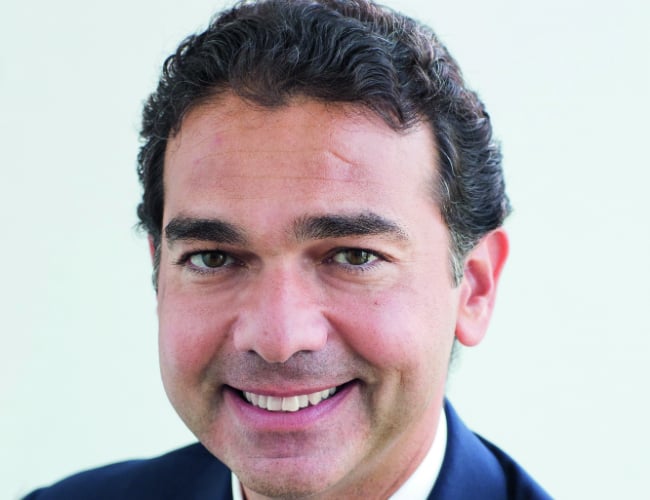 Established trade-hub status, market infrastructure, and regulatory and government support give China multiple reasons to choose the UAE as a key player in its One Belt One Road initiative.

China’s global economic ambitions rest on numerous factors. Most pressingly, the Belt and Road (B&R) initiative requires the alignment of several core principles to deliver on its promised momentum. Consistent outbound investment from China is a given. But without the active participation of the more than 60 nations along this rebooted Silk Road, and steady adoption of the Chinese renminbi (RMB) currency, B&R will not be considered impactful or progressive.

Established financial, logistics and commerce friendly hubs to facilitate trade and investment flows are essential to this mix. Markets with existing infrastructure will serve many purposes, particularly those deemed strategic within the Chinese government’s broader RMB internationalisation goals. For a diverse region such as the Middle East, a core component of the B&R initiative, hub choice is of substantial strategic importance to the Chinese authorities.

Standard Chartered estimates China is planning to invest about $1 trillion in infrastructure along B&R trade routes over the next decade, much of it in the Middle East and North Africa. Current outbound investment by Chinese firms into the Gulf region – projected to be around 20 per cent of total volume by numerous sources – makes the maths surrounding the opportunity straightforward for both the Middle East and the hubs seeking to facilitate its business with China.

The United Arab Emirates has a solid claim to being the most logical partner for China in the Middle East and Gulf region.

A variety of metrics and future projects suggest the UAE is unrivalled in the Middle East as a potential major hub within the broader B&R and RMB framework. The country is welcoming to foreign investment, and is a major player in global trade. Increasingly, it has also been selected as the regional operational centre of global and regional banks looking to take a foothold in the Middle East market.

Off the bat, there are solid foundational economic links between China and the UAE, with its major RMB market and status as the largest Middle Eastern conduit for direct RMB payments to China and Hong Kong on the SWIFT network. The UAE has an RMB50bn ($7.3bn) Qualified Foreign Institutional Investor quota that allows corporations based in the emirates to invest offshore RMB in Chinese securities.

The growing UAE – China trade is underpinned by the fact that there are approximately 4,200 Chinese companies operating in the country, including China State Construction, China National Petroleum, and China Cosco Shipping. In just over 30 years, Shenzhen’s GDP has grown at an average annual speed of 25 per cent, a similar story to the UAE’s.

There is increasing alignment on the regulatory front as well. The Financial Services Regulatory Authority (FSRA) of the Abu Dhabi Global Market (ADGM) and the China Securities Regulatory Commission (CSRC) has agreed to facilitate cross-border activities and enhance regulatory collaboration. This complements FSRA’s existing partnership with the China Banking Regulatory Commission (CBRC) and discussion on cross-border and business expansion cooperation for banks and financial institutions.

Similarly, Dubai International Financial Centre (DIFC) reaffirmed its commitment to supporting China’s One Belt, One Road initiative and establishing a robust and supportive financial platform for Chinese institutions. According to the DIFC’s 2015 full year operating review results, Chinese banks in DIFC have doubled their balance sheet in the preceding 18 months. Representing 26 per cent of the total assets booked in DIFC, China’s top four state-owned banks – Bank of China, Agricultural Bank of China, ICBC and China Construction Bank – have combined total assets of $21.5bn. Bank of China (BOC) listed an RMB2bn ($322m) bond on Nasdaq Dubai in July 2015 to support cross-border trade and infrastructure activities, while Agricultural Bank of China (ABC), listed an RMB1bn bond ($163m) in 2014.

The UAE’s state-of-the-art port, customs services, free zone facility, and Logistics Park have made the country a strategic point from which to conduct business throughout the greater Middle East. The 40-plus free zones in UAE are designed to encourage foreign investment with easier start-up processes, labour and immigration procedures, 100 per cent ownership for all nationalities and other legal services.

Trade is the final piece of the puzzle. The UAE has positioned itself as China’s second largest trading partner and the largest export market in the Middle East and North Africa, and an important trading hub for Chinese products. Cross-border trade between China and the UAE reached an estimated $60bn last year, up from $47.6bn in 2014 and $54.8bn in 2015, according to the UAE’s Ministry of Economy. China is already solidly represented on the ground, with companies operating in the UAE’s logistics, aviation and energy sectors, leveraging the country’s trans-shipment point between China and the Gulf. Currently, there are more than 4,000 Chinese companies and trade agencies registered with the Ministry of Economy. 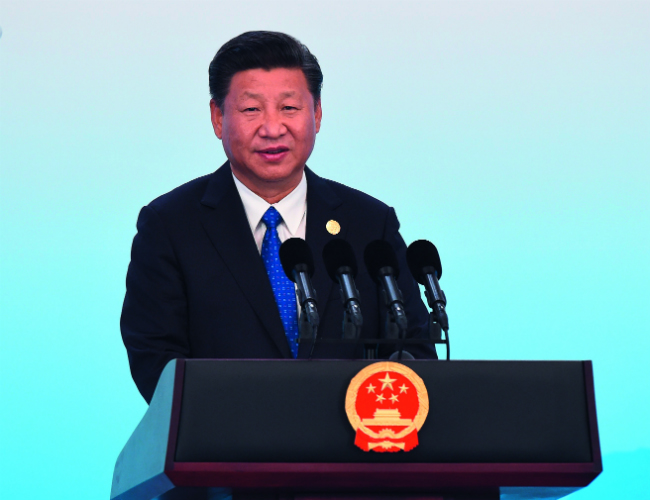 Trade along the new Silk Road is paramount for both China and participating B&R nations. Even without the impetus of B&R, bilateral trade between the UAE and China has surged in recent times. Since formal diplomatic relations between the UAE and China were established in 1984, bilateral trade between the two countries has grown from $63m in 1984 to around $60bn at the end of 2016. The UAE has been China’s second largest trading partner and the largest export market in the Middle East and North Africa region, and an important trading hub for Chinese products. The UAE’s open visa policy for China has indeed been a huge boost to the business and trade.

The UAE, with its ‘look east’ policy, has been interested in luring Asian investment. Attracting Chinese investors and promoting the UAE to China has been an increasingly important priority of officials in UAE. The UAE is home to more than 300,000 Chinese nationals working and living in the emirates, while over 4,200 Chinese companies, 356 trade agencies and more than 2,500 Chinese trade labels are registered with the UAE Ministry of Economy. Chinese banks with offices in the UAE include the Bank of China, Agricultural Bank of China, China Construction Bank and Industrial Commercial Bank of China.

The B&R will both complement and enhance this evolving trade relationship. A GCC-China free trade agreement is still being negotiated, but several factors will immediately work in the UAE’s favour.

Firstly, the UAE is the region’s largest container handler. The flagship Jebel Ali Port is a hub for 180 shipping lines and is connected to more than 140 other ports worldwide. In 2015, the port’s throughput was 15.6 million TEUs (20-foot equivalent units), placing it ninth by global volume, according to World Shipping Council – and making it the only terminal in the global top 10 not located in Asia. In addition, Abu Dhabi’s Khalifa Port ranks amongst the most modern, technologically advanced ports in the region, and was recognised in 2016 as the second fastest growing port in the world. China’s Cosco Shipping recently inked an agreement with Khalifa Port which will help cement Abu Dhabi’s status as a key logistics hub for trade between East and West.

But the position of the UAE as a trade hub with China will not only rest on cargo ports. In mid-2015, China Petroleum Engineering and Construction Cooperation (CPEEC) signed a $330m agreement with Abu Dhabi Company for Onshore Oil Operations (ADCO) for a development project at the UAE’s southern Mender oilfield. There is also infrastructure, with railway links between East Asia and the Middle East through dedicated lines presenting huge opportunities for UAE maritime port operators, by fusing land routes to shipping lanes. The UAE’s hosting of Expo 2020 should also drive growth in services and trade as more mega projects in the vein of Cosco Shipping’s Khalifa venture are announced.

And the UAE has an advantageous and unique opportunity to act as an influential facilitator within the broader role of RMB in China-GCC trade, not to mention trade with Africa by virtue of its strategic geographical location, given its existing financial infrastructure and RMB deposit base. As of August last year, the UAE’s use of RMB comprised 80 per cent of all payments by value to China and Hong Kong, up 52 per cent from 2014, according to transfer network SWIFT.

Another landmark development in the UAE-RMB relationship was reached in December last year, when the People’s Bank of China (PBOC) confirmed Agricultural Bank of China (ABC) as the operator of its new RMB clearing bank in Dubai. It will be a conduit for flows of RMB money and goods to GCC countries and beyond.

The opening of a dedicated RMB clearing bank will allow the nominated Chinese lender to clear RMB transactions in the UAE by the end of the year. The bank will also be a conduit for flows of RMB money and goods to GCC countries and beyond.

Longer-term, the clearing bank will encourage GCC issuers to tap funding in China through RMB-denominated debt sold by foreigners into Chinese markets. Sales of these ‘panda bonds’ totalled RMB55.6bn in the first seven months of 2016, according to China’s Finance Ministry. They appeal to foreign issuers due to the high liquidity in China’s investment markets.

These are just some of many factors working in the UAE’s favour. Bolstered by a clear mandate from policymakers to attract China business, the UAE has every chance of succeeding as an RMB centre, and succeeding well. Once it does so, it has the potential to not only become a core financial centre servicing MENA, but also to look beyond these established relationships to the burgeoning economies of Pakistan and the rest of Africa.