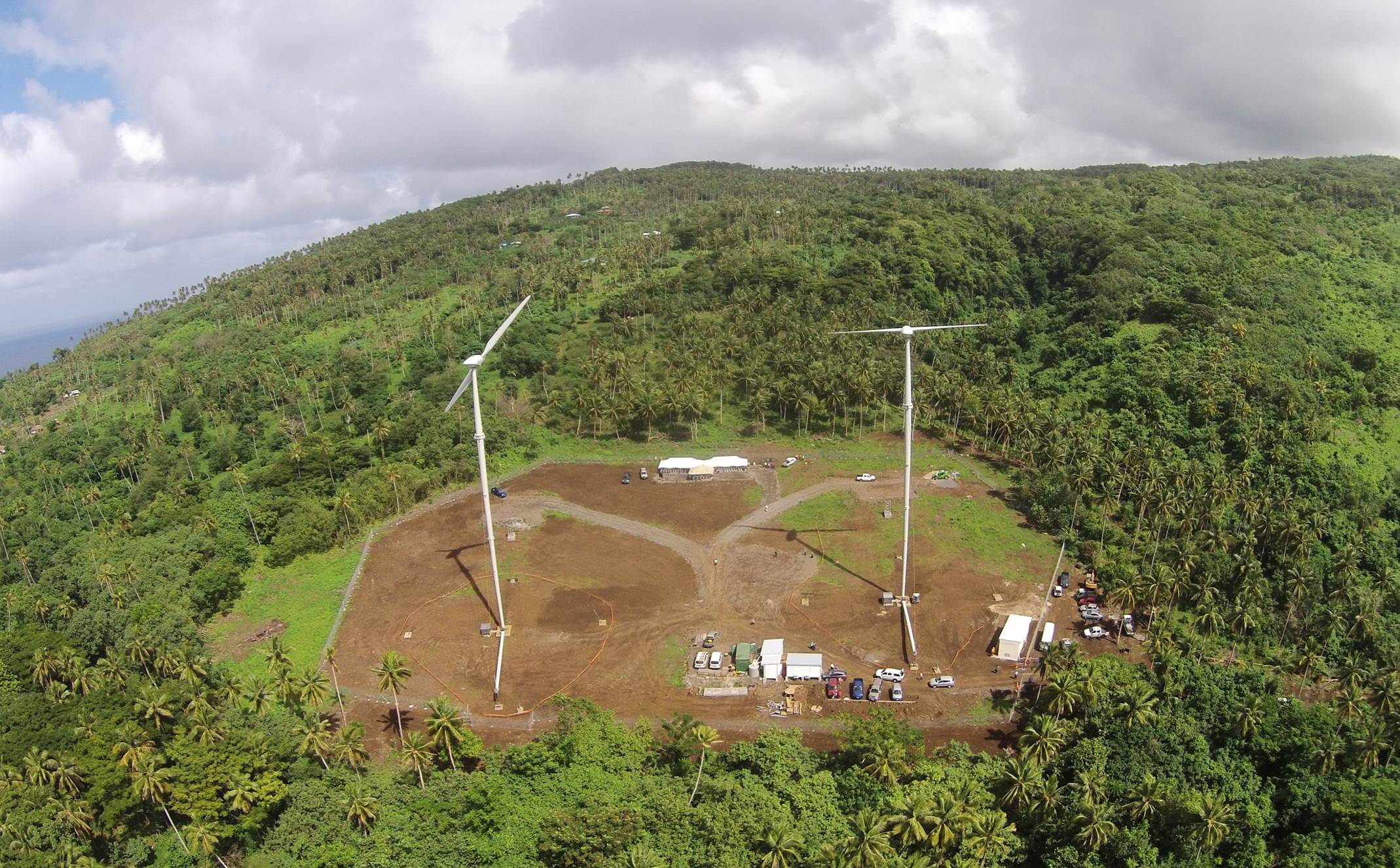 First announced during Abu Dhabi Sustainability Week in January 2014, the 550KW project is the second to be completed under the $50 million UAE-Pacific Partnership Fund, which is managed by Abu Dhabi Fund for Development (ADFD).

The new wind farm, located on the island of Upolu – home to nearly 75 per cent of the Samoa’s population – will supply 1,500 MWh of power per year.

It will help save $475,000 annually in fuel costs and reduce the island’s carbon footprint by more than 1,000 tonnes of carbon dioxide (CO2) each year, Masdar said in a statement.

The project also includes two 55 meters high turbines that can pivot at the base, and be lowered and locked in place in less than one hour.

This collapsible design helps to avoid damage from the region’s numerous cyclones, the statement added.

Dr. Sultan Ahmed Al Jaber, chairman of Masdar, said: “This UAE supported project, and others like it underway across the Pacific, unlock significant economic and social benefits across the region.

“Renewable energy has the potential to be a major contributor to the energy mix in developing countries, acting as a catalyst for greater socioeconomic opportunity.”

Samoa’s PM Malielegaoi added: “Access to renewable energy is vital to our long-term economic development, even beyond the substantial gains realised by cutting our dependence on imported fuel.”

The UAE Pacific Partnership Fund supports the deployment of renewable energy across the Pacific island states. It is managed by the ADFD and coordinated by the Ministry of Foreign Affairs, Directorate of Energy and Climate Change, while Masdar partners with each nation’s government in designing and implementing the project.

A 512 KW solar PV installation in Tonga, achieving nearly 70 per cent grid penetration, was the first project to be completed under the fund.

The cumulative 2.8MW capacity of the six identified projects will substitute 1.5 million litres of diesel fuel otherwise imported each year, the company said.

The projects together are expected to deliver annual savings of $1.87 million and avoid 4,450 tonnes of CO2.