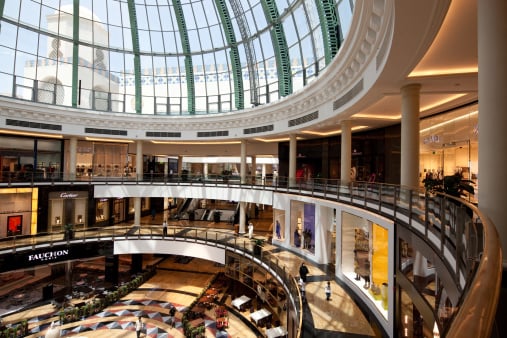 Total revenues of MAF grew by 11 per cent to reach Dhs25 billion last year, it said in an earnings statement.

The retail group also noted that it has total assets worth more than Dhs45 billion and a net debt of Dhs8 billion as of end-2014.

Following a year of strong growth, MAF said that it aims to double the size of its business over the next five years.

Meanwhile its ventures business, which consists of a group of companies operating in industries such as leisure, entertainment, financial services and joint ventures, saw pre-tax profits rising by 26 per cent to reach Dhs160 million.

The growth in MAF’s ventures business was driven by the launch of new stores and additional outlets, according to the earnings statement.

At Mall of Egypt, MAF Ventures plans to introduce Ski Egypt, an indoor ski slope in addition to opening a 21-screen VOX Cinema, the largest multiplex in the country.

He also said that the company’s rebranding, which took place at the end of 2013, will help MAF achieve its ambition of doubling its size.

Malas added that MAF will continue to expand its business across the Gulf. It plans to open more malls, supermarkets and entertainment centres across the region.

“We will continue expanding our geographical footprint across the Middle East and North Africa, bringing innovative new experiences to new populations, with a strong focus on Egypt and Saudi Arabia. This is in addition to strengthening our assets and competitive position in our home market of the UAE.”

In 2014, MAF opened 19 new Carrefour stores, creating 1,700 jobs in the region. The retail group also opened the fashion district in Mall of the Emirates and the first neighbourhood shopping centre My City Centre in Sharjah.