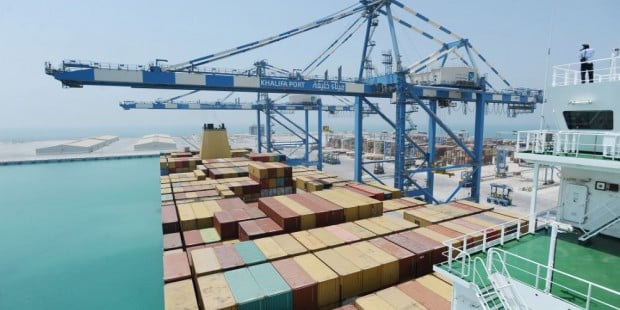 Under terms of the lease, Gulftainer, a wholly-owned subsidiary of United Arab Emirates-based Crescent Enterprises, will invest up to $100 million in equipment and employees to operate a container and cargo terminal under construction at Port Canaveral, just south of Cape Canaveral Air Force Station and Kennedy Space Center.

“Our intent is to reach up into that southeast manufacturing belt and into the traditional heartland markets for distribution and logistics,” Port Canaveral CEO John Walsh said at a signing ceremony.

“We’re well-positioned to reach well in through the Caribbean Islands, Latin America, South America, over to Africa, and pick up the global trade routes to northern Europe, into the Middle East and Asia,” Walsh said.

Port directors considered several international operators before selecting Gulftainer for the contract, which was not competitively bid.

“We could have started a container terminal from scratch and taken 20 years to slowly get there. Instead, we partnered with a proven leader in world container handling,” Walsh said.

With the new agreement, Gulftainer will now operate and manage ports and logistics businesses in five continents. Port Canaveral is the company’s first North American client.

“We strongly believe the new cargo terminal will be game-changer,” said Badr Jafar, chief executive of Crescent Enterprises and managing director of the Crescent Group, a diversified holding company with interests in ports, aviation, real estate, petroleum and private equity.

“Despite the rapid development of air and land transportation, over 90 percent of world trade is still carried by sea.”

Port Canaveral is already one of the busiest cruise ports in the world by passenger count and has a growing bulk cargo business including oil, orange juice concentrate and cement.

Gulftainer aims to increase the port’s shipping container business from a few hundred units per year to 700,000 TEUs per year, he added.

A related proposal to extend a railway line to the port is under review. The new cargo terminal is expected to begin operations later this year.

Gulftainer said it plans to hire all its full-time employees from Florida. Ultimately the project could generate 500 jobs in the region, which is still recovering from the shutdown of NASA’s space shuttle program in 2011.