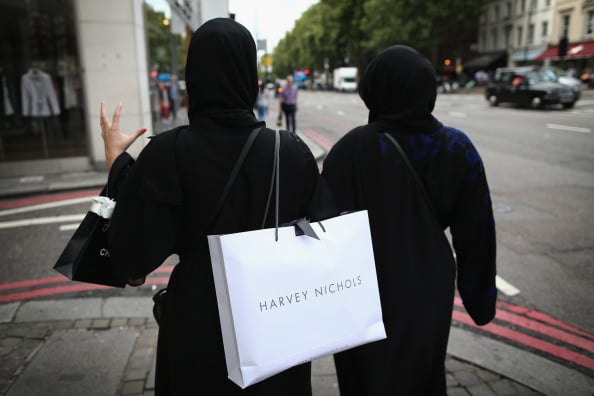 The United Arab Emirates’ Ministry of Foreign Affairs has urged nationals travelling abroad to avoid flaunting expensive clothes or accessories in order to ensure their safety.

The ministry urged citizens to follow travel guidelines and procedures of the countries that they visit, official news agency WAM reported.

Citizens have been requested to “avoid wearing expensive clothes and accessories of famous brands which draw the attention of others in public places where there are people of different nationalities and interests,” the report said.

The warning comes after three Emirati sisters were brutally attacked and robbed in a luxury London hotel in April last year.

The sisters, on a holiday in the United Kingdom with their young children, were bludgeoned with a hammer and sustained serious injuries.

Their attacker, Philip Spence, left them for dead and fled with a suitcase stuffed with iPads, gold jewellery and mobile phones. He was found guilty of attempted murder and sentenced to life imprisonment in November.

Khuloud, Ohoud and Fatima Al-Najjar received medical treatment in Britain and were only able to the return to the UAE in February this year.

The incident caused shock waves in the UAE, since London is an extremely popular hotspot for visitors from the country.

In its statement, the UAE’s foreign affairs ministry urged citizens travelling aboard to register themselves and their family members on the Tawajedi services platform (My Whereabouts) through its website or smartphone application.

Director of Nationals’ Affairs Rashid Ali Al Dhaheri called on travellers to regularly review travel updates and advisories available on the ministry’s website and to make sure that their passports are valid for at least six months.

He added that citizens must keep their passports, air tickets and personal effects in safe places and save copies of their IDs in self-addressed emails or mobile phones, so they can be produced during an emergency.

Travellers must also store emergency numbers to communicate with the ministry or the state’s mission to be used in the event of any emergency, he said.

Al Dhaheri also urged travellers to respect the general laws of the host country, co-operate with the authorities and to “represent the UAE honourably abroad.”