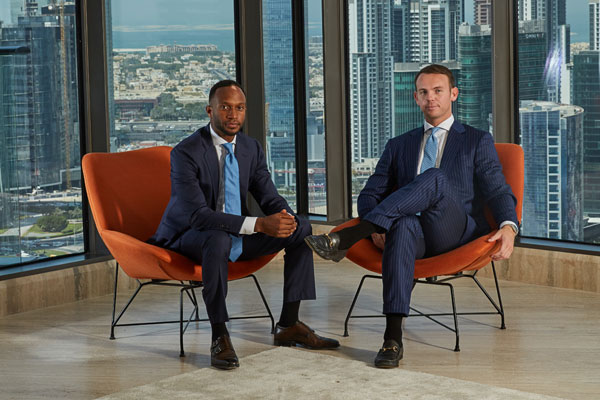 “Fashion is the second most polluting industry in the world,” says Matthew Benjamin, one half of UAE homegrown sustainable bespoke tailoring firm Benjamin Siggers.

“There are other brands that follow the sustainable model – Everlane, Outerknown, Reformation and Patagonia – but there’s none on the men’s formal luxury side.”

That’s the gaping fashion hole that Matthew and his business partner James Siggers decided to plug by starting up Benjamin Siggers in late 2017, headquartered out of Dubai.

They met each other while both were working at Tom James – the largest custom clothing company in the world. Benjamin was deputed by Tom James to Dubai back in 2012 to set up the Middle East office.

“We knew from sales in the region that we had done in the five years [from 2012-2017] that there was a bespoke menswear market of at least $1m a year. We also knew that being sustainable was the only way to build a business for the future,” says Benjamin, explaining why he parted from his former employer and started up his own venture along with his colleague, James Siggers. 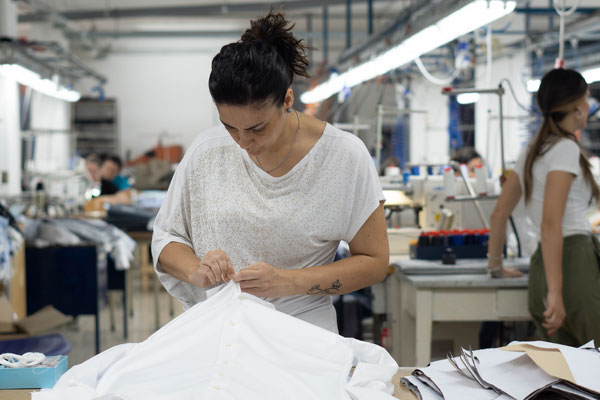 But what exactly do they mean by the term ‘sustainable clothing’? Siggers says, “It means using ethical factories that treat people fairly, taking into consideration the environmental and social impact our wardrobes have, eliminating toxic chemicals from the raw materials processed and delivering products that not only make people look and feel good, but actually does good too.”

Outlining those lofty goals is easy, achieving them not so much. But Benjamin and Siggers had a plan in place to that end. They began by focusing on the materials and the manufacturing process.

Benjamin Siggers tailors mainly bespoke suits, shirts and ties – all of which are handmade in Italy. The suits are made near Pisa, shirts just outside Naples, and ties in Como.

It was essential the workshops they partnered with all adhered to ethical practices with regard to the working conditions of their employees, and that they paid a decent living wage. 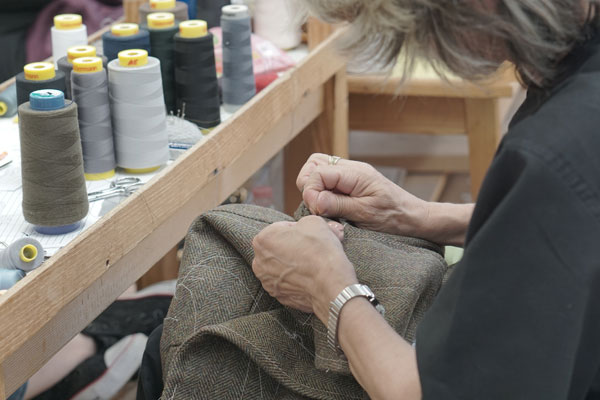 “Very importantly, we investigated how these employees were paid. All the employees at these workshops are paid a regular salary and not paid per garment they make. That puts emphasis on the quality, rather than on the quantity,” says Benjamin.

On the material front, they scoured the globe for sustainable materials. The details never escaped them. The hangers they use, for example, are made in Italy from Macedonian beech wood and the garment bags from recycled cotton sourced from India.

The buttons are made from a product called organic corozo, commonly known as vegetable ivory due to its resemblance to actual ivory. The biodegradable material is sourced from seeds that have fallen from the Tagua tree and hence there is no need for deforestation in order to harvest the raw material for the buttons.

The silk they use in their ties is free from fertilizers and pesticides and sourced from the Sichuan Province of China, which Benjamin says is the location of the only organic silk farm in China.

Organic wool is sourced from Argentina and plans are afoot to offer the first full organic wool bespoke suit later this year.

The long staple Egyptian cotton they use is woven in Italy. For their Perfect White custom shirts, they use a material called Tencel, similar to rayon or viscose, that is biodegradable and uses much less water and dye compared to cotton – vital when you consider that the cotton used for a single shirt can consume around 2,700 litres of water which is roughly equivalent to a three-year supply of drinking water for a single person.

The lack of attention to sustainability in the fashion industry can have devastating effects. Benjamin cites the example of the cotton irrigation industry in Uzbekistan which was responsible for the complete decimation of the Aral Sea today, once recorded as the fourth largest lake in the world some 20 years ago. 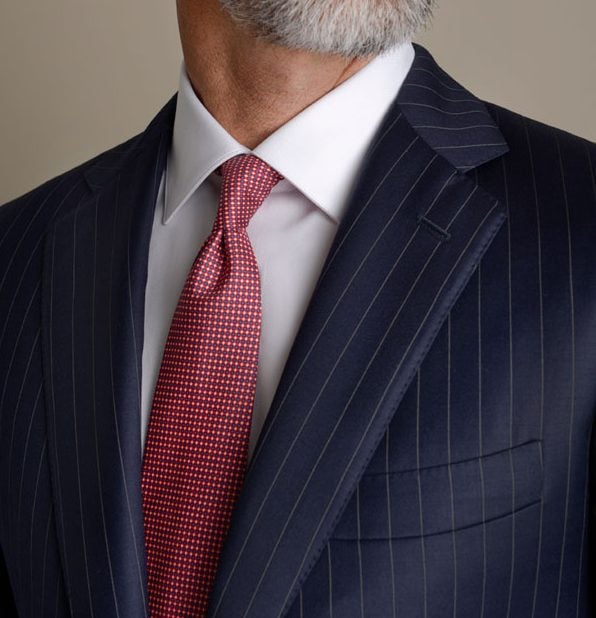 The catastrophic effect of the irresponsible use of water to harvest the cotton around the Aral Sea resulted first with the fish dying in the lake, followed by the water itself drying up and finally in the dust from the lake bed, which was carcinogenic due to the chemicals in the water body, blowing over to the surrounding community which then began to experience a higher rate of cancer leading in many cases to the death of people in those communities.

“Now imagine a person who got a shirt made from cotton in that region turning over the label and reading ‘Made from cotton in Uzbekistan, led to the Aral Sea disappearing, led to all the fish dying and led to the death of John and Susie.’ That is the actual cost of the garment. If you buy something and leads to damaging someone’s health and the environment, what’s the real cost of it?”

Beyond sustainability, the duo focus on the craft of delivering the highest quality of bespoke clothes for their discerning clients. “What someone else refers to as bespoke, we refer call as a low-quality made-to-measure. We don’t consider a fused canvas machine-made product as bespoke. There’s misconception about fabric too – you hear people talking about ‘super numbers’ and they’ve been led to believe that fabric is the most important thing, whereas it is not. The construction of the suit is, where the higher proportion of the cost of your suit is going to.”

Their business which is driven mainly by word of mouth referrals can, as Benjamin points out, occasionally result in single orders to the tune of in excess of $100,000. They’ve worked with 200 men in the region since setting up Benjamin Siggers – they travel to these client’s offices and homes, with a primary focus on those in Dubai and Abu Dhabi, though plans are afoot to expand that client base to Saudi Arabia, Kuwait and Bahrain.

A little over a year into their operations, they’ve already delivered around 300 bespoke suits and 400 bespoke shirts. “We’ll do over a $1m in sales over the next 12 months. We reinvest our profit into the business, invest in new fabrics and have recently hired two people. We need to get the model to a place where we can then go and get investment and expand out.”

While Benjamin doesn’t shy away from the commercial ambitions of the business, he’s keen to add that the altruistic side of it matters more to him. “It’s not just about sales, meeting more clients and making more money, but really about changing people’s outlook on clothing and how they can have a real impact by changing what they decide to put into their wardrobe.”