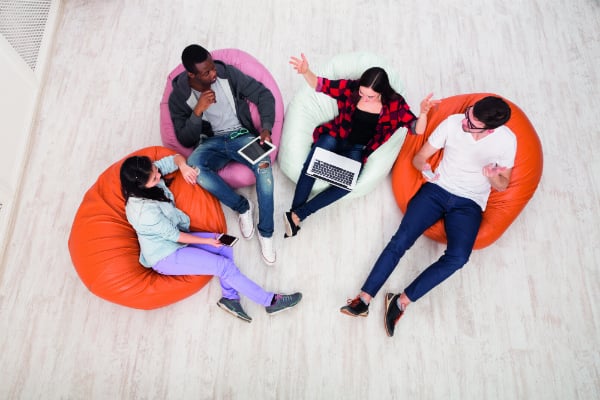 The past couple of years have seen dramatic changes in the political climate in many parts of the world, including the US, the UK and the Middle East.

As the sands continue to shift, the preferences of prospective students have also changed in terms of where to pursue higher education and how that education might help them achieve their goals.

During this time, the UAE has further strengthened its position as the leading hub for higher education in the region and has set its sights well beyond the Arabian Peninsula. Armed with the right tools, the UAE has the ambition, the dedication and the commitment to achieve its vision.

The US and the UK have long been favourites of international students, including those from the Middle East. However, EdArabia announced that for the period of January to April 2017, traffic and student search queries on its website saw a shift in sentiment when it came to study options abroad, with the US, for example, slipping in the ranking. In the UK, despite the increase in applications before the Brexit referendum in June 2016, the latest results from the Universities and Colleges Admissions Service (UCAS) revealed a sharp drop in the number of applications from international students within the EU.

According to Higher Education UAE, the revenue base for the market in the UAE is estimated to be worth more than $1bn (around Dhs3.67bn). UAE-based universities have grown consistently in enrolments and revenues at a compound annual growth rate of 8 to 10 per cent. This growth can be further amplified. Strategically located in terms of geography, the UAE can and should capitalise on its appeal to prospective students in the Middle East, Africa, Asia and Europe who choose to study abroad. But how can this be achieved?

In June of this year, Times Higher Education released the findings of a study on how international students choose the universities they attend. While high-quality teaching and the availability of scholarships were two of the most important factors, the third was that the university was well ranked – and the role of research in those rankings is crucial.

For example, the Times Higher Education World University Rankings, arguably the most prestigious and influential rankings table, allocates 30 per cent of its total calculation to research (volume, income and reputation) and a further 30 per cent to citations (research influence). This means that unless a university is genuinely research-intensive it will have no chance of entering the ranks of elite institutions.

The UN reports that approximately 0.7 per cent of the UAE’s GDP is spent on research, mostly by businesses, which on average spend more than Dhs11.4m ($3.1m) a year while universities spend Dhs2.6m ($708,000). By comparison, Austria, which has a smaller population than the UAE, last year spent as much as 3 per cent of its GDP on research.

The publication of high-impact research findings in leading peer-reviewed journals provides a clear incentive both for the researchers themselves and for their institution. The findings typically reach a global audience, meaning that the reputations of the researchers and the institution are enhanced in the minds of prospective students.

So how should research-active faculty be persuaded to move to the UAE and to remain there for a significant period of time?

The country is already listed as the 10th best country in the world for expatriates, according to HSBC’s latest Expat Explorer survey, so the lifestyle is undeniably attractive for many people. However, academics are loyal to their discipline and to their research ecosystem, which they have built up over many years. If universities in the UAE can support that discipline by offering attractive research opportunities and by providing a path for professors to get their work published, they just might create a sufficiently persuasive offer.

This offer must include as a minimum: a sufficient time allowance for research activities; appropriate facilities, equipment and support staff; strong support from the senior leadership team for building and maintaining strong links with business and industry, as well as for participation in international conferences and other key networking events relevant to each research area; and an internationally competitive compensation package.

Of course, a stronger research culture is just one piece of the puzzle. Many questions are being asked of higher education across the globe, and one of the points repeatedly being challenged is whether students are gaining the appropriate skills in university to aid them in their career. Across the world, leaders in education and in business and industry agree that it is critical to develop programmes that meet employers’ needs in a rapidly-changing workplace, where many employers now expect students to come in ready to begin work with minimal training needed.

Monitoring and responding to the needs of the marketplace has never been more important. The UAE has the dedication to do so, and arguably more agility than others. For example, after a survey found that more than 35 per cent of students expressed interest in becoming entrepreneurs, the Ministry of Education began to implement classes in these subjects at federal and private universities. Meanwhile, in 2017, the Minister of Higher Education launched a new department to address the growing skills gap, with the aim of better directing graduates towards the types of jobs the UAE market requires.

Considering the strong support of the government and the willingness of employers, the right fundamentals are certainly in place.

The pace of change in education has never been as fast as it is today, and it is essential to keep up with
that pace. By attracting more top quality international faculty and students, and at the same time enhancing the UAE’s research culture, the UAE can become a leading global education hub and thereby shape its own future knowledge, skills and employment landscape.