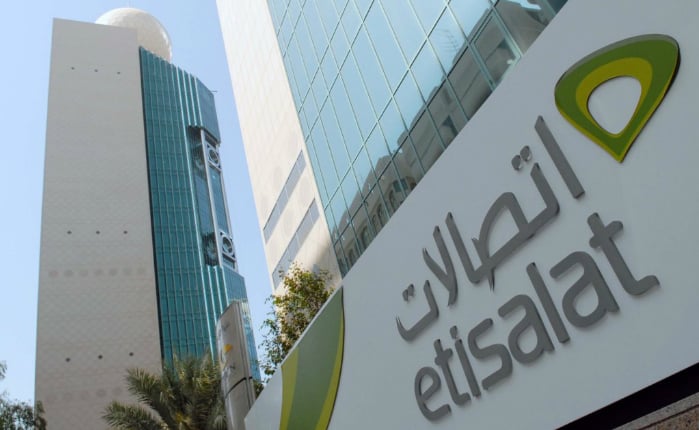 Etisalat expects to conclude a long-delayed deal to allow competition in UAE fixed-line telecommunications services by the end of 2014, a company document states, which could threaten its dominant position in the lucrative sector.

Etisalat and rival du have been unable to reach an agreement over so-called bitstream access, or network-sharing, in the United Arab Emirates, despite beginning talks in 2009 and the government being the largest shareholder in both companies.

But now a company bond prospectus states that “Etisalat anticipates that the bitstream access service will be launched by the end of 2014”.

Du ended Etisalat’s domestic monopoly in 2007 and both offer fixed-line telephone, broadband and television packages, but not in the same districts.

Du is confined to newer areas of Dubai, limiting its ability to win a bigger slice of sector earnings, while Etisalat’s 1.05 million fixed-line subscribers at the end of 2013 gave it an 86 per cent market share.

These generated Dhs8.5 billion ($2.31 billion) in revenue last year, the prospectus states, which is 22 per cent of Etisalat’s total revenues including its operations in another 14 countries in the Middle East, Asia and Africa.

Analysts say a desire to protect shareholder value has led to little real competition in UAE telecoms, with the federal-run Emirates Investment Authority owning 39.5 per cent of du and 60 per cent of Etisalat. The government nets dividends from the two operators and also levies heavy taxes on the sector.

The Etisalat prospectus offers details that the company does not usually include in its earnings statements.

Etisalat blamed the drop on people opting to use Internet-based phone calls, or Voice over IP (VoIP).

“Competition from du has been a less signicant factor in the level of xed-line ARPU as du only has xed-line operations in a limited number of regions within the UAE,” it states.

The threat from du would therefore increase once Etisalat agrees a network sharing deal with its rival.

In May, du’s chief executive Osman Sultan said the lack of fixed line competition was constricting earnings growth after the company reported a 4.8 per cent rise in profit for the first three months of this year.

This was the smallest quarterly increase since it broke even in 2008, excluding exceptional quarters when changes to UAE tax rates affected results.