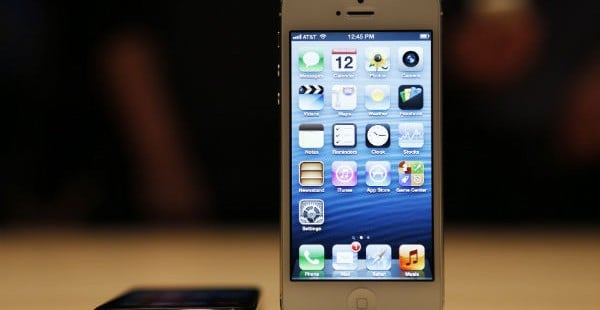 UAE telecoms operator Etisalat is planning a special midnight launch of the iPhone 5 in the UAE on December 13, in a move similar to Apple stores worldwide.

Thirteen of Etisalat’s business centers will stay open from 11 pm onwards on December 12 and sales will begin at midnight, the company said in a statement.

Earlier this month, Apple announced the official launch date for the iPhone 5 in the GCC as December 14, making it available to buy in the UAE, Qatar, Saudi Arabia, Kuwait and Bahrain.

The smartphone launched in the US in September and is already available in 47 countries around the world.

The operator also said it has several pre-paid, post-paid and data package plans for the phone.

The latest generation of the iPhone, which features a larger display and ultrafast wireless technology, has received positive reviews from gadget critics, with many of them describing the device as being extremely “beautiful.”

The iPhone 5 is taller, 18 per cent thinner and 20 per cent lighter than its predecessor the iPhone 4s. It also includes a new Apple-design chip named the A6, which is supposedly twice as powerful as the chips used in previous models.

Apple said it sold more than five million units of its latest product during the first three days of its release, surpassing a record set last year by the previous model.