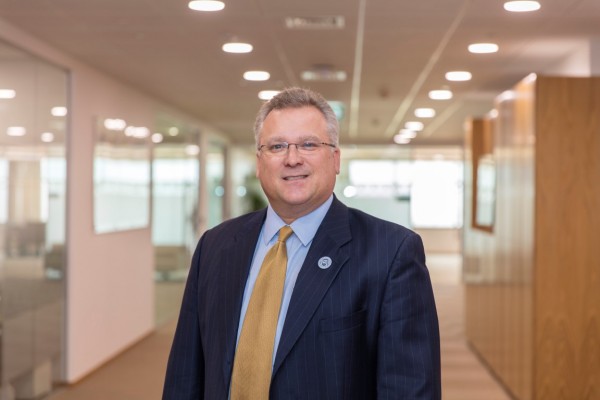 Peter Dietrich joins the organisation and will oversee the development of the country’s nuclear programme including plans for the delivery of four units at Barakah.

The UAE originally planned to bring the first of these reactors online last year but said in May there would be a year delay as ENEC`s operating and maintenance subsidiary Nawah Energy Company – a joint venture with Korea Electric Power Corporation – was not yet ready to get a licence.

Reuters reported last month that this was still the case and in its announcement of Dietrich’s appointment ENEC described Nawah as the “future holder of the operating licence”.

Read: UAE nuclear plant operator not ready to get licence

His responsibilities will include “ensuring that Nawah receives full support from ENEC and its joint venture partner,the Korea Electric Power Corporation, enabling Nawah to maintain focus on operations and the relevant licensing requirements”, according to ENEC.

He joins ENEC after working at five different commercial nuclear sites over a 25-year career, including three as chief nuclear officer at a plant in the US. His most recent position was senior vice president of transmission and distribution at Southern California Edison.

The four-reactor plant will have total capacity of 5,600MW when it is fully operational. It is unclear if this will still be in 2020 as previously scheduled.

Christer Viktorsson, director-general of UAE’s Federal Authority for Nuclear Regulation, said in January that it was “hard to say” when Nawah would get the licence.