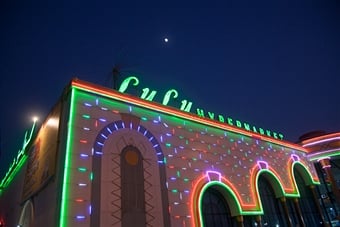 UAE-based Emke Group, which operates the Lulu chain of hypermarkets, has acquired a minority stake in the British trading firm The East India Company (EIC) that produces global luxury brands.

Emke Group acquired almost 10 per cent in EIC and about 40 per cent of shares in East India Company Fine Foods, an EIC subsidiary that sells premium tea and crockery.

The investment will give EIC the ability to expand its store network in Europe, Far East and prepare for its US launch, the company said in a statement.

The value of the deal was not officially disclosed but a Reuters report quoted a company spokesperson as saying that the deal was valued at $82 million.

Emke Group, which reported revenues of more than $5 billion in its last financial year, operates across fields such as retail, hospitality, general trade, food processing, manufacturing and export.

Despite its diverse operations, the company is known for its chain of supermarkets and hypermarkets that falls under the Lulu brand.

The group currently has 110 supermarkets and hypermarkets across the Gulf, Yemen, Egypt and India.

The retail chain also opened three new outlets in the UAE in 2014, which include the largest hypermarket in Abu Dhabi, a new store in Sharjah and a new mall in Fujairah.

The company recently announced aggressive expansion in Malaysia with plans to open six new halal-only hypermarkets with an investment of $200 million.