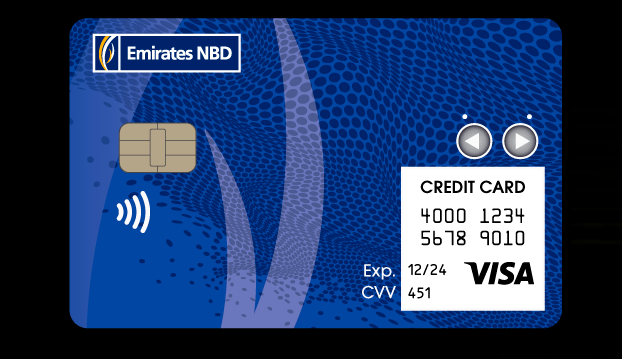 Dubai bank Emirates NBD is planning to roll out battery-powered smart payment cards in 2018 after an unveiling at the 2018 Consumer Electronics Show in Las Vegas.

The Wallet Card, developed by US-headquartered Dynamics Inc, is claimed to be the world’s first connected and secure payment card.

It can switch between acting as a customer’s debit, credit or loyalty card with the tap of a button and has advanced security features that can detect data breaches, cancel the card and order a replacement.

Other features include rapid replacement, as card information can be downloaded to any blank card handed out at retail branches or even in-flight, and the ability to inform users of transaction information and add coupons.

Dynamics Inc said the card has 200 internal components but is the same size as a regular credit or debit card.

Fitted inside is a mobile phone chip and antenna for data transfer anywhere in the world, a battery with organic recharging during normal operation, programmable magnetic, EMV and contactless chips and a 65,000 pixel display interface to switch between cards and offer other information.

“Our customers will soon be able to download new cards, and receive remote card notifications, directly onto their Emirates NBD Wallet Card. This will provide unprecedented levels of choice, flexibility, and security never before offered in the UAE,” said Emirates NBD senior executive vice president and group head of retail banking and wealth management Suvo Sarkar.

Emirates NBD is among the opening customers for the card, which also include Canada’s CIBC and Japan’s Sumitomo Mitsui Card Company. Visa, Mastercard, JCB and Japanese technology company SoftBank are among the other supporters.

The plans come as part of a wider Dhs500m ($136m) investment in digital services announced by the Dubai bank in 2016. This included the May launch of an e-commerce platform.

It also plans to eventually roll out the card to its subsidiaries in Saudi Arabia and Egypt.