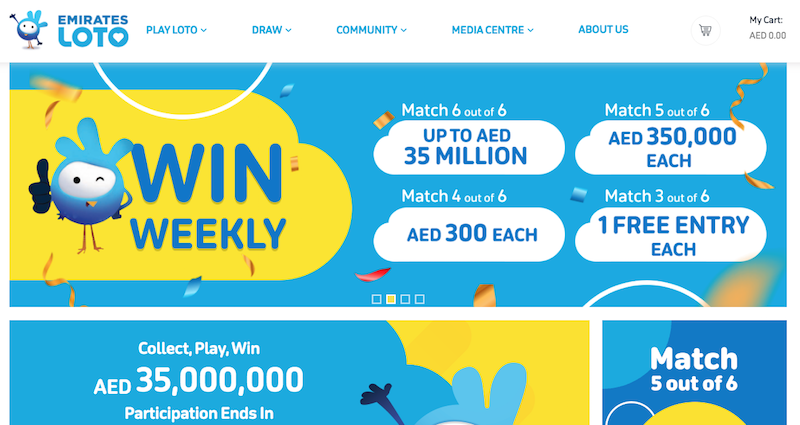 On April 5, the organisers of the Emirates Loto confirmed that the first weekly draw will take place on April 18, and also announced new rules for it.

The lottery with a minimum Dhs35m jackpot prize – which will increase week-on-week by increments of Dhs5m, and up to Dhs50m, if no one wins the jackpot during a given draw – was initially scheduled to commence on March 28, but was delayed as a result of the precautionary Covid-19 measures in the country.

“We are incredibly excited to be launching the region’s first fatwa-approved digital collectable scheme and draw. The UAE, with its spirit and drive for innovation and entrepreneurship, was the most obvious choice to set up this initiative,” said Paul Sebestyen, Emirates Loto CEO.

To enter, participants must purchase a collectable card priced at a standard Dhs35 from either retail stores in the country, online on the Emirates Loto website (www.emiratesloto.com) or via its app.

Players will need to register it on the website and choose six numbers (between 1-49) to participate in the draw.

However, now the organisers have said that each player with five matching numbers stands to win a guaranteed amount of Dhs350,000.

If no one matches the six numbers drawn in any given week, then the prize of Dhs35m will increase by Dhs5m every week until it reaches Dhs50m where it will remain at until it is claimed.

The random sequence of six numbers chosen every Saturday during the draw will be live-streamed at 7.30pm UAE time on the Emirates Loto website. The first draw will be hosted by Lebanese presenter Wissam Breidy and Indian model Aishwarya Ajit.

Emirates Loto says that its aim is “to donate millions of dirhams for the public good in line with UAE government initiatives to give back to the community and the country as a whole.”

Sebestyen added: “We realise these are difficult times for all, but we genuinely hope and believe that our new venture will bring much-needed relief, happiness and more importantly funds for the public good”.