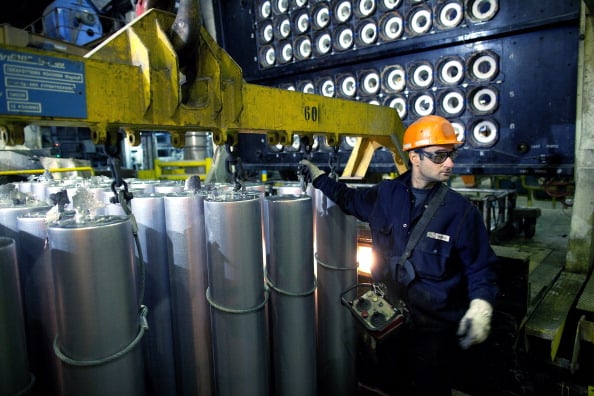 UAE-based Emirates Global Aluminium (EGA) has signed a 15-year deal with a subsidiary of French marine transport firm Louis Dreyfus Armateurs for the trans-shipment of bauxite from Guinea.

Under the deal, EGA will load bauxite at the Abu Dhabi Ports managed port of Kamsar from its Guinea Alumina Corporation (GAC) and Compagnie des Bauxites de Guinée projects.

It will then be shipped 17km along the River Nunez on self-propelled barges to two floating transfer stations.

Bauxite for EGA’s Al Taweelah alumina refinery in Abu Dhabi will be shuttled from the Compagnie des Bauxites de Guinée berth to a transshipper. Material arriving at the other transfer station will be shipped to customers around the world.

“Trans-shipment is an important link in the chain that will connect our alumina refinery and aluminium smelters in the UAE with bauxite mines in Guinea, and will also lower shipping costs from GAC to global bauxite markets,” said EGA managing director and CEO Abdulla Kalban.

The GAC project comprises a bauxite mine and associated export facilities. It is expected to begin shipping its first bauxite in the second half of next year.

EGA’s Al Taweelah refinery is currently under construction and expected to begin producing its first alumina in the first half of next year.

A separate joint venture between Louis Dreyfus Armateurs and Abu Dhabi Ports will be in charge of shipping and unloading bauxite at Khalifa Port for the refinery’s smelters.

Kalban said last week EGA, which was created in 2013 when state funds Mubadala and Investment Corp of Dubai (ICD) merged their aluminium companies, was on track to list in the second half of the year.