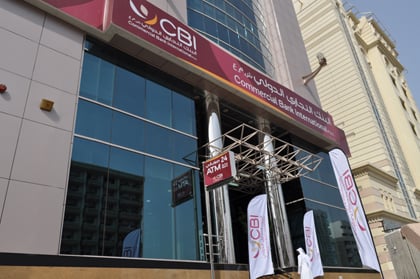 Abu Dhabi-listed Commercial Bank International (CBI) said on Thursday it would convene a shareholder meeting on February 20 to get approval for a 50 per cent capital increase through a rights issue.

The lender, 40 per cent owned by Qatar National Bank, is aiming to raise Dhs1.1 billion ($299.5 million) through the issuance of 787.9 million shares at a price of Dhs1.4 per share, CBI said in a bourse filing.

The price is a 36.1 per cent discount to Thursday’s closing price of Dhs2.19. Most rights issues in the Gulf are offered with substantial discounts.

The rights issue, which has received regulatory approval, will increase the bank’s paid-up capital to Dhs2.36 billion, the statement added.

There was no reference in the statement regarding how many shares could be subscribed for through the rights issue, although it is likely to be pro rata.

The stake of Qatar National Bank, the Gulf’s largest lender, is already the maximum which the United Arab Emirates will allow a foreign institution to own in a domestic bank.