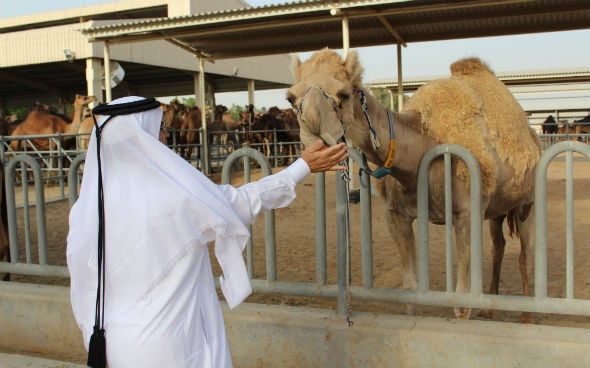 The UAE-based producer of Camelicious products has announced that the country will become the first in the Middle East to export its dairy products to Europe after gaining its EU licence.

The Emirates Industry for Camel Milk & Products (EICMP) confirmed that after five years of talks the Gulf state can now sell its products to international customers, a development Gulf Business first reported on in June last year.

Speaking in a statement, Mutasher Awad Al Badry, deputy general manager at EICMP, said: “Camel milk is, without a doubt, one of the best dairy products in the world because of its exceptional health and nutritional value. The EU Commission’s approval for the export of Camelicious products is a stamp of approval to the quality standards of the UAE in general, and to our company in particular.

“International research on camel milk has resulted in increased global demand for the product, and we will be taking steps to boost production in order to meet that demand, both regionally and globally. We also have plans to partner with international companies to utilize camel milk in other areas such as medicine, beauty products, and specialized foods because of its great benefits.”

The long-awaited approval comes after several rounds of inspections made by EU Commission delegates to the EICMP factory as well as audits to the guidelines and requirements of MOEW and Dubai Municipality.

Speaking in June 2012, Al Badry said that once its export licence was obtained, the company would begin implementing logistics for the European roll out before appearing on consumer shelves in 2013. Al Badry also revealed EICMP is receiving large demand from Malaysia, Australia and Africa.

Al Badry spoke exclusively to Gulf Business about the company’s rapid growth and its plans to export its camel milk and flavoured drinks products as well as branching into the beauty and food sectors.

“We have seen sales growth of 15 to 20 per cent year on year since we started in 2006 and we’re expecting that to increase as we continue to expand in the region and globally. Currently, in the Middle East, demand is outgrowing our production,” he said at the time.

“We’re not just exporting milk but we’re also turning to cosmetic products; face creams, as well as our chocolate, ice cream and we’re soon launching a cheese product that will be of a very high quality.”

EICMP is the largest camel milk farm and factory in the world, housing a herd of around 3,000 camels.