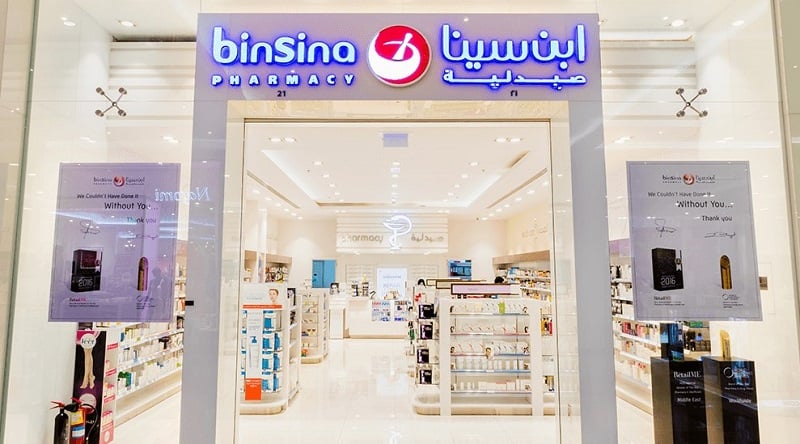 UAE pharmacy BinSina has announced plans to open 15 new outlets across the country in line with the country’s expanding healthcare market.

The pharmacy is set to launch its new outlets across Dubai, Abu Dhabi, Ras Al Khaimah, and Sharjah with the rollout scheduled to have started in February 2018.

Others will include Kalba Mall and Al Zahiya City Centre in Sharjah, and Grove Village in Ras Al Khaimah.

BinSina Pharmacy currently operates over 100 stores in malls, communities and other locations across the UAE. The stores offer pharma, skincare, beauty, and lifestyle products, along with supplements and vitamins solutions.

“The new upcoming outlets will not just be your ordinary pharmacies, they can be trusted and relied upon for offering health, beauty and lifestyle products to cater to varying customer needs,” said Saleema Shurrab, general manager, BinSina Pharmacy.

The UAE last year announced plans to position itself as a pharmaceutical hub by 2021, and said at the time that it aims to attract more than 75 major pharmaceutical firms by 2021 – up from 54 in 2017 – with investments of up to Dhs2bn annually.

According to market reports, the value of the local pharmeceutical market is expected to reach Dhs13.13bn by 2020 and Dhs21.74bn by 2025 with growth driven by the population boom, changing morbidity and the use of modern medicines such as biotechnology drugs.