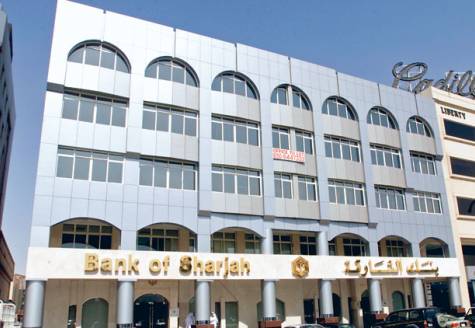 Bank of Sharjah expects net profit growth of around 25-30 per cent in both 2013 and 2014, aided by an improved performance of the economy in the United Arab Emirates, its chief executive said.

Lenders in the UAE have on the whole posted strong profit growth in the first nine months of this year, with Bank of Sharjah reporting a 20.4 per cent year-on-year hike in net profit for the period.

The bank benefited this year from lower bad loan provisioning and the writing back of existing impairments, Varouj Nerguizian said, while higher loan growth would continue into next year as the UAE’s economy was boosted by spending related to Dubai’s hosting of global trade fair Expo 2020.

“When you fly on Concorde, before it takes off, you feel the afterburner when you take off – like somebody pushed it – and when it goes to cross the speed of sound, again the afterburner gives another push.

“That’s exactly like 2020 as we were doing fine but it will give us a further boost,” Nerguizian said late on Sunday on the sidelines of an event marking the bank’s 40th anniversary. Dubai won the right to host the Expo late last month.

UAE banks were hit by a local real estate crash and debt problems at Dubai state-linked entities at the end of the last decade, forcing them to take big provisions. But they have benefited from a rebound in the property market in the last 12 months and growth in core industries such as tourism and trade.

Bank of Sharjah’s loan growth in 2014 will be around 15-20 per cent, Nerguizian said, with the potential for increased trade with Iran a factor that could drive lending growth in a big way, should economic sanctions on Tehran be eased.

“We expect the reduction of the tensions between the United States and the West and Iran to be extremely positive for the banking industry,” Nerguizian said.

Dubai, across the Gulf from Iran and home to tens of thousands of ethnic Iranians, has long been a major commercial hub for the Iranian economy, re-exporting consumer goods from other countries to the Islamic republic.

However, bilateral trade between the emirate and Iran dropped 31 per cent in 2012 and a further 12 per cent in the first half of 2013 because of the sanctions, which made it legally dangerous for banks around the world to deal with Iranian institutions.

At the end of September, Bank of Sharjah had recorded 4.2 per cent loan growth over the end of 2012, its third-quarter financial statement showed.