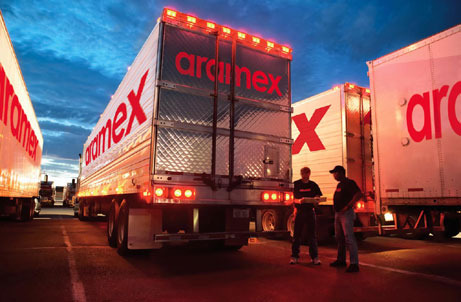 Customs rules governing trade between Gulf Arab states need to be adapted to the needs of the region’s e-commerce industry, Hussein Hachem, the chief executive of Dubai logistics company Aramex, said on Monday.

The current regulations only allow small shipments, such as parcels sent by online retailers, to be cleared by customs if these are transported by air, which is expensive, Hachem told reporters.

“What we are calling for is an update.”

Hachem estimated the market for online purchases in the GCC is worth $15 billion a year.

“Ten percent of my revenue is being generated by online transactions,” he said, adding that the market segment was growing at 25 percent a year.

High airfreight costs in the Gulf sometimes make shipments from Dubai to other parts of the region more expensive than the initial delivery of the same cargo from New York to Dubai, Hachem added.