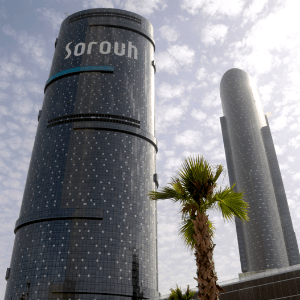 Abu Dhabi’s two biggest real estate developers have reached an initial agreement to merge via a share swap, with a final deal expected to be signed in the coming weeks, sources familiar with the matter told Reuters.

Aldar Properties and Sorouh Real Estate have a combined market capitalisation of about Dhs10 billion ($2.7 billion), which would make the proposed merger one of the biggest conducted by listed firms in the Middle East.

The merger would create a state-backed company with combined assets worth nearly $15 billion, and could help to repair Abu Dhabi’s weak real estate market by ensuring better coordination of new property developments.

With the support of the Abu Dhabi government, which owns a major stake in Aldar, managements of the two companies have held discussions for nearly a year on asset valuations, financial terms and the new management structure, the sources said.

The merger will be based on a share swap and will not involve a cash payment, two sources said. The terms of the share swap could not be confirmed.

The sources spoke on condition of anonymity because the matter has not been made public. Aldar and Sorouh declined to comment.

“The deal had the blessing of the state from the beginning but it was always a matter of getting an agreement on the valuation,” said a senior banking source familiar with the matter.

“A lot of permutations and combinations were put forward and there was involvement from the highest authorities when it looked like things were getting out of hand.”

Shares in both companies rose sharply in response to news of the initial merger agreement, although it is not clear whether the deal will be beneficial to investors in both; that will depend on the ratio of the share swap. Aldar shares jumped 10.7 per cent and Sorouh surged 13.7 per cent.

Mergers among companies in the Gulf are not common as shareholders, who are often local families, tend to demand high valuations and are reluctant to cede control.

A planned merger between Dubai’s largest developer, Emaar Properties, and the property unit of conglomerate Dubai Holding at the peak of the emirate’s real estate crisis in 2009 was ultimately called off.

Abu Dhabi’s intention to merge Aldar and Sorouh was first announced last March, as the emirate conducted a review of its economy in the wake of the global financial crisis.

Real estate prices in the emirate have tumbled over 50 per cent in the last few years following the 2008 global financial crisis and because of oversupply of new properties. This has forced some firms to cancel projects and restructure their debts.

Aldar – the larger company, which built the Yas Marina Formula One Circuit, home to the Abu Dhabi Grand Prix – said in November that it had written down Dhs737 million of assets, mainly related to hotels.

It has received $10 billion in rescue funds from the Abu Dhabi government, equivalent to the amount which Abu Dhabi lent Dubai to rescue it from a debt crisis in 2009. In return, land on Al Raha beach, the Ferrari World Theme Park, and other key assets, were sold by Aldar to the government.

Smaller Sorouh, which has assets of Dhs14.1 billion, has fared slightly better.

The companies established a steering committee for the merger, comprising banks, advisors and managements of both companies, in March last year.

A new management structure has been agreed upon with some senior executives and other officials expected to be laid off, one source said.