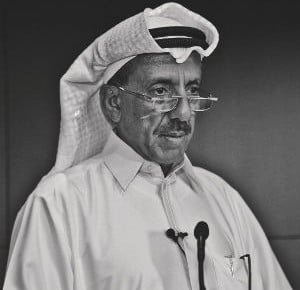 UAE conglomerate Al Habtoor Group is considering an initial public offering in Dubai given strengthening local equity markets, the company said in a statement on Wednesday.

A flotation by a family-owned giant like Habtoor would potentially help Middle Eastern equity markets recover from the aftermath of the global financial crisis, which severely dampened investor appetite for regional offerings and forced some companies to shelve listing plans.

“The Al Habtoor Group is considering an initial public offering (IPO) amid further strengthening of the UAE’s prominent position in the capital markets and increased inflows from the Eurozone,” the statement said, following a company meeting with the Dubai International Financial Centre Authority (DIFCA) and Nasdaq Dubai officials.

“The group already has a high level of corporate governance and its financial statements are prepared under IFRS (International Financial Reporting Standards) and audited by an independent firm,” it said.

The Dubai-based group, which has a 27.5 per cent stake in a joint-venture construction firm with Australia’s Leighton Group, did not provide further details on the offering but said it was financially prepared to go public.

Khalaf Al Habtoor, who chairs the group, said earlier this year that the company might consider an IPO if markets showed signs of a rebound. He also said the company was scouting for purchases in European cities.

Al Habtoor Group is one of the UAE’s biggest family businesses with a portfolio spanning hospitality, construction, education and automotive operations.

Earlier this year, it unveiled plans to develop a new $1.33 billion hotel and entertainment complex in Dubai, despite a property collapse that has seen prices plunge from a 2008 peak.

The group expects revenues to rise 15 per cent this year in the wake of 10 per cent growth between 2010 and 2011. Its revenues mainly come from hotels, car sales and leasing and real estate.