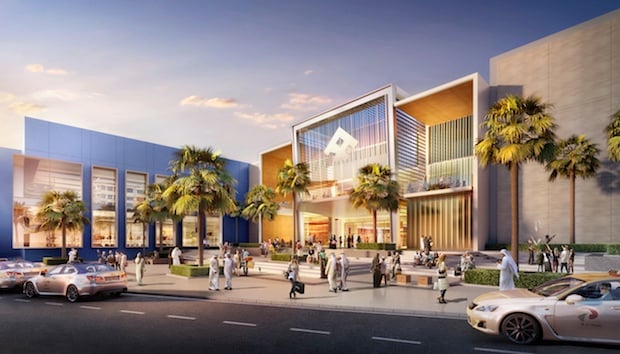 The mall is being built as part of the first phase of the Wasl Gate mixed use development, which is being developed by Dubai’s Wasl Properties.

Spread across 78,500 sq metres, the new mall will include around 55,000 sqm of leasable space and feature 100 stores, along with flagship IKEA and ACE outlets. 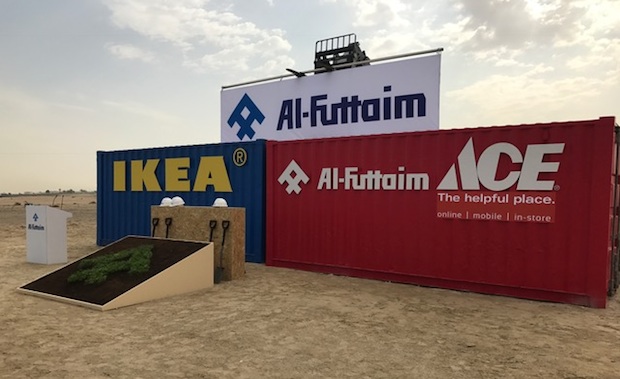 It will also include a food court and cafe-style dining, entertainment, a hypermarket and over 2,000 parking spots – all set to be completed by Q1, 2019.

The IKEA store – the second in Dubai – will be spread across 30,000 sqm with restaurant concepts, coffee shops and a new in-store bakery. It will be fully integrated into the mall.

The store, which will also have an international training centre, will become the brand’s newest concept store globally. A mobile application will allow customers to make purchases by scanning the products at the store and having them delivered at home. 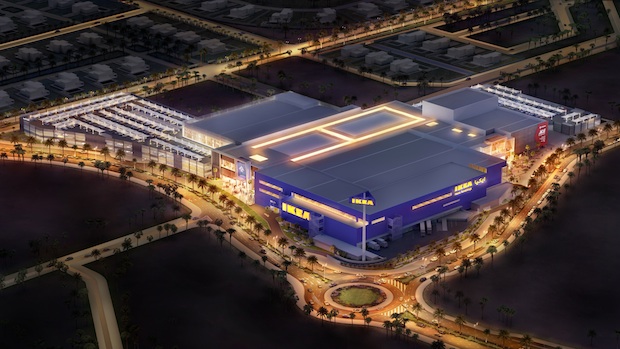 Spread over 4,000 sqm, the new ACE outlet will also be a “concept store not seen before in Dubai”, offering more than 33,000 products from ACE, worx power tools, Addis home products and Broil King barbeque brands. It will also feature an in-store cafe and garden centre with plants and accessories.

The store will be ACE’s third in Dubai, following the launch of the first store in 1991.

The retailers for almost all the 100 stores in the mall have been confirmed and will be announced by the end of the second quarter, confirmed Steven Cleaver, director – Shopping Centres UAE at Al Futtaim.

He also said there would be entertainment options, although details are yet to be finalised.

“We are done with the design and the construction contract is about to be awarded,” he told reporters at the groundbreaking event.

The name of the property will be unveiled in Q3 2017. The financial details about the project including the development value were not disclosed.

The mall aims to cater to the growing population in Jebel Ali and residents from Marina, the TECOM free zones and also those travelling from Abu Dhabi.

It will also cater to the large number of residents who are eventually expected to live within the Wasl Gate community.

Despite strong competition in Dubai’s retail landscape – the massive Ibn Battuta Mall is located in close proximity – Cleaver said he is confident about gaining footfall.

“I think the demand we have seen for IKEA in Dubai is huge – it is very busy all the time. We felt the time is right to put another one here and that’s a huge point of difference. ACE will be different as well. As a developer, we are confident that the point of difference we have will capture trade on the south side of Dubai and Abu Dhabi,” said Cleaver.

He also conceded that the retail market was hit by the tough economic conditions, but said the developer was focussing on meeting future demand.

“Retail has been tough for a couple of years and I think it is going to continue through this year. But like everybody else, we look forward. We continue to look for opportunity and investment. And it’s important that we continue working with our retailers both within Al Futtaim retail and the other groups to make sure we understand how people are performing.”

So far, the mall operator has not been forced to reduce rents.

“It’s not a case of being forced to reduce rents, it’s just working closely with retailers to understand how to make sure everyone is surviving,” he added.

Officials also confirmed that the second phase of the Wasl Gate project will include the 1,457 residential units along with a hospitality and entertainment offering, a sports complex, K-12 schools with international curriculums, and a central park connecting the community’s commercial and residential neighbourhoods.