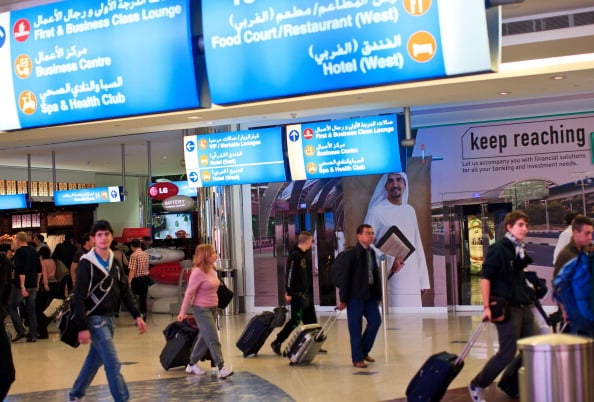 Air passenger growth in the UAE is forecast to grow 5.6 per cent by 2034, according to the latest report from the International Air Transport Association (IATA).

Passenger growth in Qatar and Saudi Arabia is expected to stand at 4.8 per cent and 4.6 per cent respectively with the entire Middle East growing by 4.9 per cent between 2014 and 2034, IATA said.

Globally, IATA projected that passenger numbers are expected to reach 7.3 billion by 2034, representing a 4.1 per cent average annual growth.

Over the next two decades, the five fastest growing markets in terms of additional passengers are China (856 million new passengers per year), the US (559 million), India (266 million), Indonesia (183 million) and Brazil (170 million).

The report also forecast that China is expected to overtake the US as the world’s largest passenger market by 2030.

Both markets, however, are expected to remain the largest by a wide margin.

In 2034 flights to, from and within China will account for some 1.3 billion passengers, 856 million more than 2014 with an average annual growth rate of 5.5 per cent.

Meanwhile, traffic to, from and within the US is expected to grow at an average annual growth rate of 3.2 per cent that will see 1.2 billion passengers by 2034 (559 million more than 2014).

“It is an exciting prospect to think that in the next 20 years more than twice as many passengers as today will have the chance to fly,” said Tony Tyler, IATA’s director general and CEO.

“Air connectivity on this scale will help transform economic opportunities for millions of people. At present, aviation helps sustain 58 million jobs and $2.4 trillion in economic activity.

“In 20 years’ time we can expect aviation to be supporting around 105 million jobs and $6 trillion in GDP.”

“Meeting the potential demand will require government policies that support the economic benefits that growing connectivity makes possible,” he said.

“Airlines can only fly where there is infrastructure to accommodate them. People can only fly as long as ticket taxes don’t price them out of their seats. And air connectivity can only thrive when nations open their skies and their markets. It’s a virtuous circle.

“The message of this forecast is that there is great potential if all aviation stakeholders—including governments—play their role,” said Tyler.