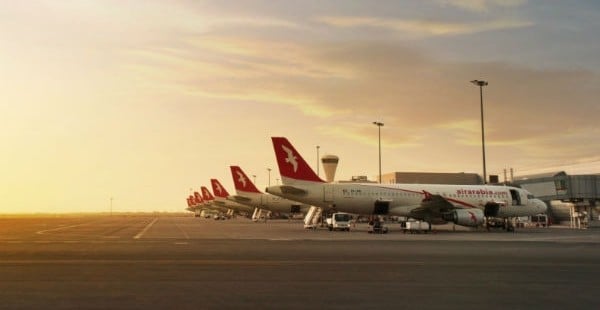 The airline said it has a second quarter net profit of Dhs173 million ($47.1 million) for the quarter ended June 30, up from Dhs76 million in the corresponding period in 2013.

Analysts polled by Reuters had forecast profit of Dhs123.1 million for the period.

Revenue for the quarter rose 15 per cent to Dhs915 million, it said in a statement.

The airline served over 1.6 million passengers in the quarter, an increase of eight per cent year-on-year.

Sharjah-based Air Arabia is the only publicly listed carrier operating out of the United Arab Emirates, home to Dubai government-owned Emirates and Abu Dhabi’s Etihad Airways.