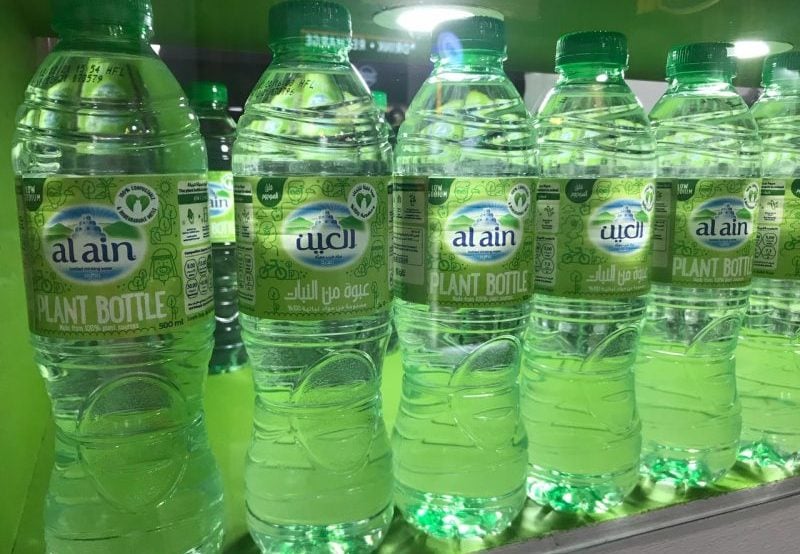 Abu Dhabi-based Agthia Group has launched a new ‘plant-based’ water bottle under its Al Ain brand, it announced at the ongoing Gulfood exhibition in Dubai.

Claimed to be the first of its kind in the region, the new Al Ain bottle features packaging that is completely made using plant-based sources, including the cap.

The bottle is also biodegradable and compost-able within 80 days, a statement said.

The process involves converting plants to a special polymer material obtained from the fermentation of sugars contained in plants without using a single drop of petroleum or its by-products.

The plant-based bottle is being developed at Agthia’s new packaging technology centre in Al Ain, with the manufacturing consuming 60 per cent less energy during the entire process, the statement added.

Initially, the bottle will only be launched for B2B clients rather than the mass market, confirmed Agthia group CEO Tariq Ahmed Al Wahedi.

While acknowledging that it will be priced higher initially, he also said that the future pricing model will depend on both consumer demand and supply as well as the availability of the raw material stock needed to create the bottle.

“At the end of the day, supply and demand will dictate the market and the customer will choose. We present them with options and they choose what suits them. We have the capability to adapt. Today there is a bit of limitation in having the raw material, but if it turns out there is good demand, eventually we can expand capacities,” he explained.

The PET collection initiative between Agthia and Veolia will begin in March in Abu Dhabi, with the wider aim to implement the programme on a national scale. The entities will work together with customers, partners and channels to enable the collection of PET bottles, the statement said.

There are also plans to test the option of collecting bottled water from homes by a Veolia smartphone application.

The launch comes a day after another UAE manufacturer, National Food Products Company (NFPC) announced that it was the first beverage brand in the GCC to provide drinking water for the consumer market in Tetra Pak carton packages for its Oasis brand.

The main material used in Tetra Pak package is paperboard, a renewable material made from wood. It also features six layers with cardboard the main component used. The cardboard is sourced from trees with new trees planted to replace the ones used for production, a statement said.