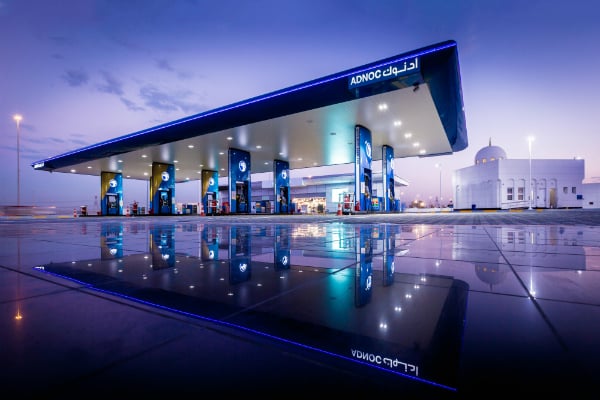 UAE’s fuel and convenience retailer, ADNOC Distribution, reported a net profit of Dhs2.4bn for 2020, of which Dhs851m was posted in the fourth quarter.

The company’s EBITDA (earnings before interest, taxes, depreciation and amortisation), however, totaled Dhs3.6bn.

As of December 31, 2020, the company’s liquidity was at Dhs5.6bn in the form of Dhs2.8bn in cash and cash equivalents and Dhs2.8bn in unutilised credit facilities. Following a 24 per cent quarter-on-quarter increase in total fuel volumes in Q3 2020, volumes for the fourth quarter of 2020 increased 2 per cent compared to the third quarter of 2020.

The company also added a sizeable number of new ‘ADNOC On the Go’ stations, which are modular in form and provide neighbourhoods and communities with access to fuel and retail in locations where traditional stations would be impractical. A total of 38 were opened in 2020 across the country.

A total of 100 ADNOC Oasis convenience stores were refurbished throughout the year. The new-look stores create a welcoming environment with a broader menu offering. Such increased initiatives, contributed to an increase in average gross basket size by 18.8 per cent as at the end of December 2020, as compared to the same period in 2019.

Ahmed Al Shamsi, acting chief executive officer of ADNOC Distribution said: “ADNOC Distribution is well placed to continue building on recent success, in the UAE and beyond, in the year ahead and remains on track to reach EBITDA target of at least $1bn by 2023. During Q4 2020, we announced the start of our further expansion into the kingdom of Saudi Arabia with an agreement to acquire 15 service stations, two further agreements to acquire an additional 20 stations were announced this month. These are important milestones for our company as we expand outside of the UAE and a key element of our profitable growth strategy too. We will continue to seek further international expansion opportunities and unlock incremental value for shareholders.”

The company’s loyalty programme, recorded one million registered customers during the fourth quarter, while the total number of transactions using ADNOC Rewards, since the company launched the programme, has now exceeded 8 million.

The company also expanded its flagship partnership with delivery services Talabat and Carriage, which allows customers to order from more than 1,700 ADNOC Oasis products, from over 100 convenience stores across the UAE.

The company’s board of directors proposed a cash dividend of Dhs1.285bn (10.285 fils per share) for the second half of 2020, which will be submitted to the company’s shareholders for approval at the Annual General Assembly Meeting scheduled for March 16, 2021.

Subject to shareholders’ approval, total dividend for fiscal year 2020 is expected to be Dhs2.57bn (20.57 fils per share), which would represent a 7.5 per cent increase compared to the 2019 dividend. The company paid half of the 2020 dividend in October of last year and expects to pay the final payment in April 2021, subject to shareholders’ approval.