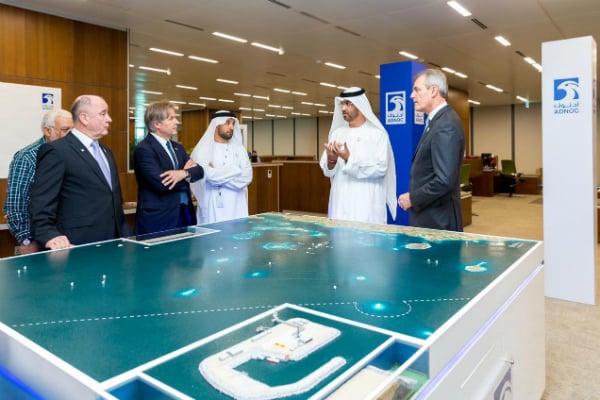 Abu Dhabi National Oil Company (ADNOC) has awarded a 5 per cent stake in the in the Ghasha ultra-sour gas concession to Austria OMV.

The company joins Italy’s Eni and Germany’s Wintershall as a partner on the concession, which comprises the Hail, Ghasha, Dalma, Nasr, Sarb and Mubarraz sour gas fields.

“This agreement builds on, and extends, our strong partnership with OMV, who we collaborate with in key areas across the oil and gas value chain. They bring extensive experience in sour gas operations, in Austria and Pakistan, and, like ADNOC, have a proven record working with mature and complex reservoirs.”

ADNOC also plans to increase production at its Shah sour gas field to 1.5 billion cubic feet per day and develop the other fields at Bab and Bu Hasa.

The state oil company is developing the UAE’s gas resources under a 2019-2023 investment plan with the aim of making the country gas self-sufficient or even an exporter.

Eni holds 25 per cent of the Ghasha concession and Wintershall 10 per cent.