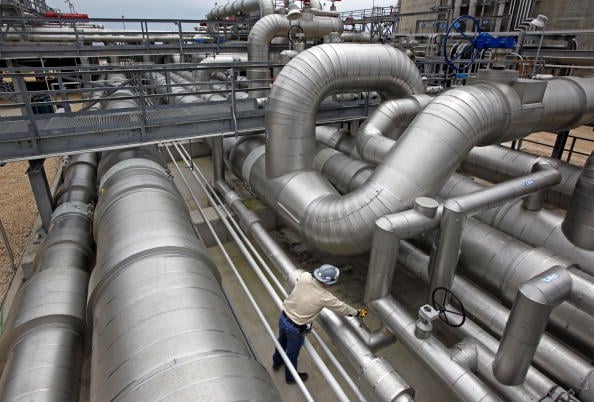 Abu Dhabi National Oil Company (ADNOC) is adding a new delivery point for Upper Zakum crude in the Persian Gulf to help handle an increase in output of the oil, sources familiar with the matter said on Wednesday.

The OPEC producer began storing the medium-sour crude onboard Aframax tanker Abu Dhabi III in mid-April, the sources said. And this week a cargo was loaded from the Aframax to Very Large Crude Carrier (VLCC) Idemitsu Maru via a ship-to-ship transfer, shipping data on Thomson Reuters showed.

As Upper Zakum’s production is increasing, the additional delivery point will ease logistics at ADNOC’s Zirku terminal until expansion is completed, one of the sources said.

ZADCO said on its website that work is under way to expand its output to 750,000 barrels per day (bpd) this year from 550,000 bpd, but trade sources said this may have been delayed. Production is currently at 650,000 bpd, according to Exxon Mobil’s website.

Upper Zakum crude is one of three grades used in the assessment of the Dubai crude price by pricing agency Platts.

Platts said in a Feb. 25 note it would consider the Abu Dhabi III as an alternative delivery point for cargoes traded during its Market On Close assessment process, after being notified that ship-to-ship operations from the vessel would be completed within the Zirku port limits.

The Abu Dhabi oil terminal has two single point mooring (SPM) berths that can handle tankers of up to 420,000 deadweight tonnes, according to Exxon Mobil’s website. The terminal can also store 6 million barrels of crude, it said.