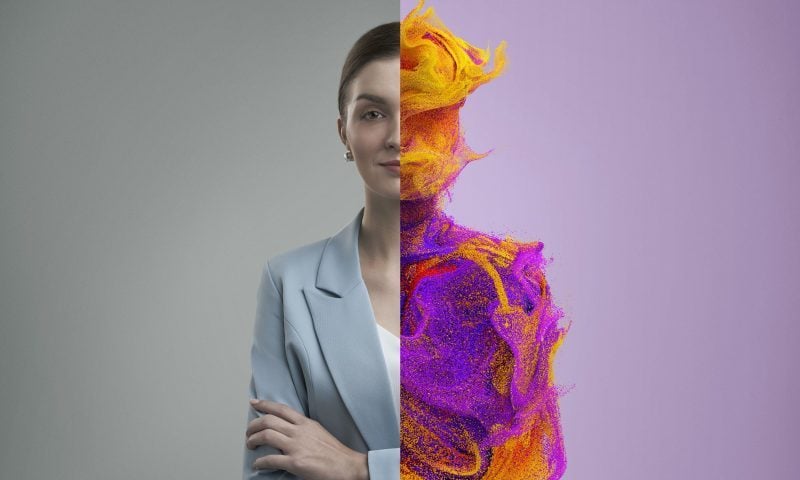 Stress. None of us like it. After all, that’s why it’s called “stress,” right?

We also know stress is terrible for our bodies – it can lead to a whole host of health problems that have the potential to send us to an early grave, after all.

Lots of other people are aware of this, too. That’s one reason why global health services company Cigna Insurance Middle East has launched its Stress Care initiative in the UAE.

Dedicated to raising awareness about the long-term impact of stress and reducing its prevalence among residents, the campaign seeks to empower people to take control of their overall health and wellness (in line with the UAE’s National Strategy for Wellbeing 2031, it should be added).

The stress care platform helps people visualise the impact of stress on their body and mind using Cigna’s “Stress Portraits.” People are then encouraged to create a personal four-step plan to help manage stress.

In the UAE, close to 22 per cent of residents face unmanageable levels of stress, according to the Cigna 360⁰ Well-Being Survey 2019. If that – and the well-known negative health effects – isn’t bad enough, the cost for selected stress-related illnesses on the health system is estimated at $698m (about Dhs2.56bn) per year in the UAE alone, according to a study from the Asia Care Group.

“We all know that chronic stress has a major impact on people’s ability to perform in their jobs and engage with society,” said Jerome Droesch, CEO of Cigna MENA.

“What is not so well known is that stress often manifests itself through physical symptoms, such as insomnia, hypertension, and diabetes. This means that in many instances, people are trying to find cures to the symptoms without recognising the root cause.” 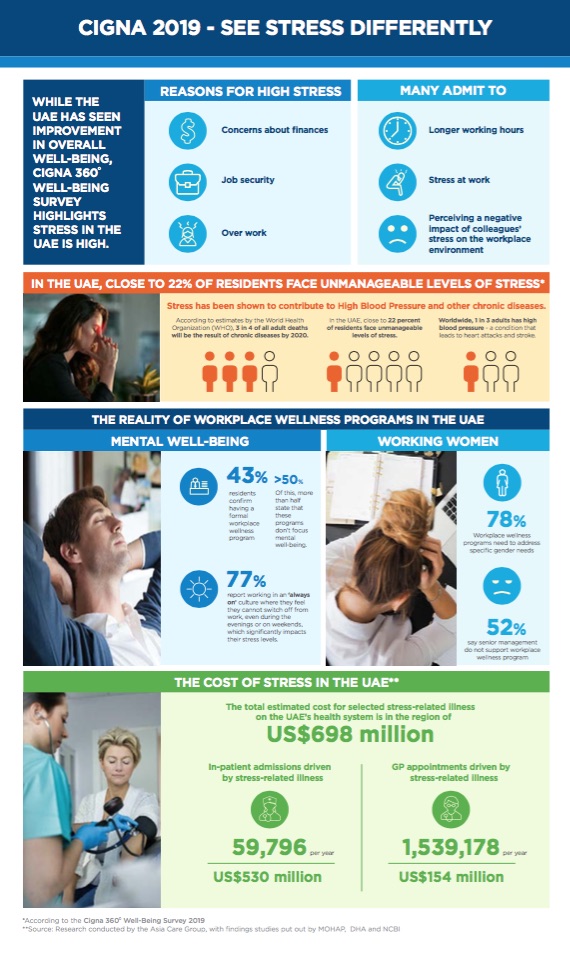 While the UAE has seen improvement in overall wellbeing, Cigna’s annual 360⁰ Well-Being Survey highlights that stress among UAE employees is high primarily due to their concerns about finances, job security, and overwork. Many respondents said they were working longer hours, with 91 per cent reporting stress at work and a whopping 96 per cent saying there was a negative impact on the workplace environment being caused by colleagues’ stress.

Of total respondents to the survey, 77 per cent reported working in an “always on” culture that made it difficult to “switch off” from work – significantly increasing stress levels.

In addition, just 43 per cent of those surveyed said there was a formal wellness programme at their at the workplace. Of those that did have such a formal programme, more than half said the programmes only focused on physical wellness – and didn’t give mental wellbeing or stress the needed attention.

“Stress is a major contributor to absenteeism and lack of productivity in the workplace, and it is costing businesses worldwide more than $1.87bn annually,” said Droesch.

“While a little stress is normal in our busy lives today, the findings of our survey underscore that chronic stress is a prevailing hazard to health and wellness. Employees need to be alerted to the triggers of stress and its related mental and physical symptoms. These tend not to be openly discussed or treated seriously in organisations due to various factors, such as cultural norms or lack of awareness about the hidden cost. We see stress not as something to suffer in silence, but something everyone can take control of.”